The time for space tourism may be near 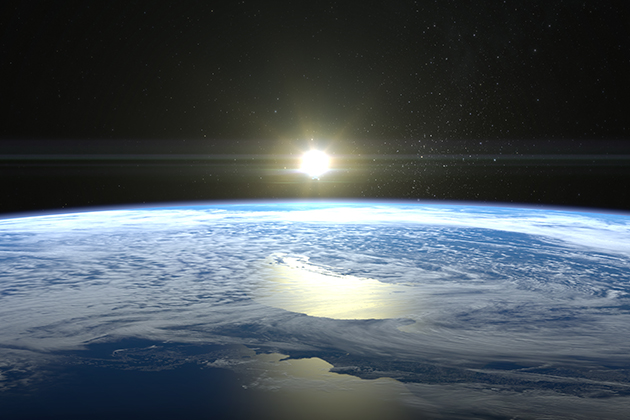 Dublin-based Ryanair recently caused commotion as it "announced" ambitious but low-cost plans to fly tourists to space by 2035.

The ultra-competitive player in the European air industry is a practiced diva when it comes to making waves, but space travel was to be its most daring gambit yet. So, when Travel and Leisure announced that this was an April Fools’ joke, no one was surprised.

April Fools stunt or not, the budget airline did generate a massive buzz around the world with the "news," and most believed them. Since its founding in 1984, Ryanair has developed a network of routes and flights to remote corners of the European continent unserved by other airlines, including Estonia, Romania, Montenegro, and Serbia. The idea that it could affordably take us to the edge of space did not sound fantastic at all.

In a slight dig at the big players in the budding commercial space tourism niche, Ryanair said that it hoped to build a larger craft and fly more people per flight. Like all its flights, it was to offer a "no-frills" style of service to the final frontier. Judging by public enthusiasm before the April Fools’ prank was discovered, budgeting a space vacation might just work out in the distant future, but it will take time and a lot of R&D to bring to fruition.

Space tourism is no longer a part of science fiction; it's a reality that some companies have put in motion or are seriously considering. Airlines are looking at this fantastic idea as a business-diversification strategy to survive and thrive in an increasingly competitive marketplace for 21st-century travel.

They believe that, in just a matter of decades, vacationers will look beyond remote beaches on Earth to Mars, the moon, and the outer limits of the stratosphere to spend their long weekends in. So, they are investing in space travel and branded spacecraft because that is the future of the airline business. Jeff Bezos’ Blue Origin, Virgin Galactic and SpaceX have announced their goal to fly passengers commercially to space.

Elon Musk’s SpaceX says that space travel will be occur often by 2021 via its Starship. Guests can stay in a luxury hotel on Orion Span’s Aurora Space Station or the Axiom Space Station. Costs for the former will start at $9.5 million and for the latter at $55 million. The 180-foot-tall SpaceX Starship prototype will hold a maximum of 100 people.

Virgin Galactic, which has made significant progress toward innovative space travel, said that a commercial space flight might cost around $250,000. Its suborbital flights are already in demand, and over 600 people are said to have prebooked their 2019 flights to the tune of about $80 million in deposits.

The flight will last for 90 minutes, and passengers will be able to the Earth’s curvature as they experience a few minutes of weightlessness. Virgin Galactic is also designing a three-day training program for its future space tourists.

For years, space travel was the purview of fantastic Hollywood movies and NASA. Science fiction is indeed a precursor of reality, as recent NASA studies have revealed that human space travel is definitely on the cards.

The recently published "Twins Study" showed that nothing is holding human space travel and human survival in space back. This means that future travelers, even if they are not trained astronauts, could train their mind and bodies for a trip to the Red Planet and other stations in a space travel itinerary.

NASA tracked the physiological and cognitive changes of two of their astronauts, twins Mark and Scott Kelly. Scott recently spent 340 days in space, while Mark is a retired astronaut. Important information about what happens to the human body in microgravity over time will determine the safety of passengers in the unique and extreme environment.