The surprisingly easy (and cheap) ways to eliminate food waste 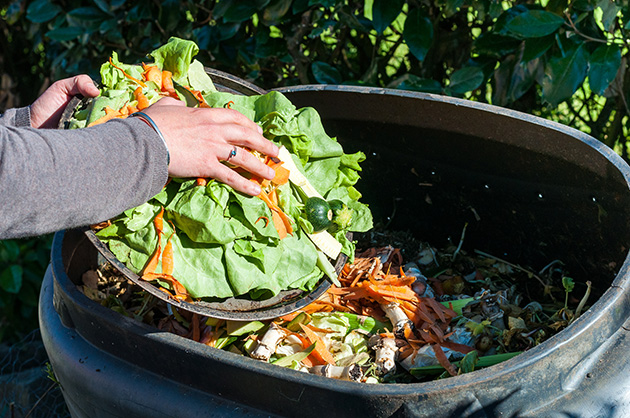 With the number of fashionable farm-to-table restaurants popping up around the United States, it's easy to see why the word "fresh" has become somewhat of a buzzword in the culinary industry.

The very concept of farm-to-table is appealing in that it conjures up the idea that the meal plated in front of you is free of chemicals, pesticides and other added substances. It sounds like the healthiest choice, which is why people are taught to purchase fresh fruits, vegetables and meats when shopping for groceries for the week.

But is this concept of fresh actually harmful?

In a sense, yes, because of the amount of food that ends up in landfills is close to 40 percent, according to the USDA, with 31 percent of that number being lost at the consumer and retail levels.

Think of the last time you bought a fridge full of fresh veggies and fruits. How many of those went in the garbage a week later and then end up in landfills? The statistics say a lot, which is dangerous considering that this food waste is the single largest component in municipal landfills creating methane.

Our environment isn't the only reason we need to begin rethinking the idea of what fresh food means. When the U.S. Statistics on Poverty quotes that "42.2 million Americans lived in food-insecure households, including more than 13 million children," it's apparent that something needs to change with the way we buy and consume food.

1. Head to the frozen and canned section when shopping

One of the best ways to avoid food waste according to the Washington Post is to buy the frozen and canned fruits and vegetables. Frozen produce is especially a great idea to choose if you're planning on using it in sauces, smoothies or soups.

A huge part of why we prefer fresh produce is because of its appealing visual context, but if it's going to be blended, chopped or liquefied, why bother being nit picky? Your produce will last much longer frozen or canned.

2. Read the labels at the meat counters

Again, the idea of fresh is so rampant, that fresh meat counters can even trick us into thinking that we're getting a food far superior because it's thawed out and on display. Read carefully, though. Some signs will clearly state that certain meats were previously frozen and are actually not fresh.

The practice of thawing frozen fish and placing it on display on a bed of ice has become common practice. Stick to frozen seafood that has not been thawed for the sake of looking fresh.

Food waste is nearly inevitable. Sometimes those freshly picked strawberries are just too red to resist, or maybe a brand new batch of freshly caught scallops is too cheap and tempting. But, as happens sometimes, the strawberries get left in the back of the fridge and turned brown, and takeout ended up taking precedence over those scallops for days leaving them too dangerous to eat.

Whatever the case, food waste does happen sometimes, which is why having a backup plan is always a good idea. Reduce your garbage by learning how to compost your kitchen food waste.