The surge in US healthcare jobs: Looking ahead to 2022 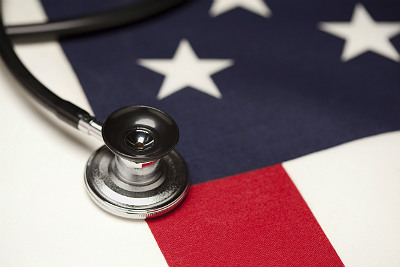 Since then, the nation's labor market has at least partially recovered. So far in 2014, the United States has added nearly 1.6 million jobs. And through 2022, employment is expected to grow by more than 15 million jobs, or by 11 percent.

The jobs with the largest expected growth are often those that benefit from America's changing demographics. As the baby boomer generation ages — the last of the baby boomers are celebrating their 50th birthdays this year — they will be leaving the workforce in droves.

Other points to consider include the overall physical health of the nation. The Centers for Disease Control and Prevention anticipates that by 2030, 42 percent of Americans will be obese. Obesity is linked to health conditions such as cancer, heart disease and diabetes, among others. Patients affected by these diseases will seek treatment in oncology, cardiology and primary care offices throughout the country.

It is not surprising, then, that the average of all health-support occupations is expected to grow 28 percent by 2022. Healthcare employers added thousands of jobs last month. In fact, as recently as May, U.S. companies added 217,000 jobs, and a large chunk of them came in the healthcare industry — 34,000 to be exact.

It's obvious that the Affordable Care Act contributed to the surge in healthcare jobs with increased employment at doctor’s offices, clinics and other ambulatory care centers. The industry has gained more than 1 million jobs since the ACA was signed into law back in March 2010 and is working on a 13-year streak of unprecedented job growth.

Healthcare jobs for workers without bachelor's degrees are growing at a fast pace nationwide, more than any other positions in the industry, according to a study released by the Brookings Institution in July. In South Texas, for example, increasing numbers of people with associate's degrees, vocational training, high school diplomas or less education, are working in positions such as registered nurses, nursing aides, personal care aides, vocational nurses and medical or dental assistants.

The Bureau of Labor Statistics reports that we not only need to retain those workers already in the field, but also add a substantial number of new ones, with the most occupational growth expected among healthcare support jobs. Included in a list of "best healthcare jobs," we see the usual suspects like nurses and physicians but also a few unexpected picks like diagnostic medical sonographers and veterinary technicians.

This chart describes some, not all, of the growing health occupations, associated average salaries, and those cities that pay well: