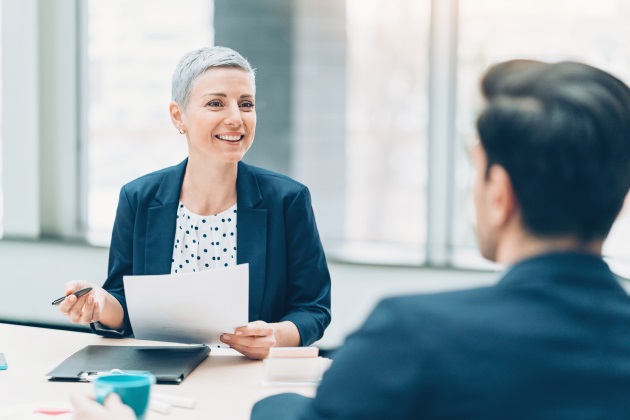 Recently, Fortune Magazine reported that women made the biggest gain ever in capturing CEO positions this year.

Thirty-seven chief executive officers on the Fortune 500 list for 2020 are women. That is up from 33 in 2019 and 24 in 2018. They include women CEOs like Mary Barra at GM, Carol Tomé at United Parcel Service and Gail Boudreaux at Anthem Inc.

However, the number is still puny compared to men. Thirty-seven represents just 7.4% of all CEOs at Fortune 500 companies.

The truth is, when it comes to reaching the pinnacle of organizations to become CEO, women are still trailing men by a wide margin.

The problem is that public companies tend to hire CEOs with prior CEO experience. That puts many women at a disadvantage since, unlike men, they are less likely to have CEO experience.

But in a study published in the Harvard Business Reviewlast year, two researchers reported that for many women, the path to becoming CEO may lie with serving on corporate boards.

The researchers, Catherine Tinsley, a professor of management at Georgetown University’s McDonough School of Business and faculty director of GU’s Women’s Leadership Institute, and Kate Purmal, an Institute senior industry fellow, wrote: “Our data suggests corporate boards have been finding a creative way out of this chicken-and-egg dilemma. Specifically, they seem to have relaxed the prior-CEO-experience requirement for women and are using prior corporate board service as a proxy qualification.”

Women today make up 50.8% of the population in the United States, according to the U.S. Census, and the Bureau of Labor Statistics says 46.7% of the country’s labor force are women.

Women are also 50.2% of the nation’s college-educated workforce, and the Bureau reports that women hold 51.8% of management and professional positions in the United States. Among the chief executive officers, however, only 27.6% are women compared to 88.8% of men, the Bureau reports.

For their research, Tinsley and Purmal compared 100 women CEOs at public companies with male CEOs in similar companies and industries. Surprisingly, the researchers found that almost 60 % of the women CEOs had board experience compared to just 42 % of their male counterparts. And at private companies, 23% of the women chief executive officers had past experience as board members of private companies compared to just 12% of men.

In addition, the researchers also looked at cases where CEOs were recruited from outside the companies, and discovered that 52% of men were previously CEOs of private companies or of divisions of publicly traded companies.

But only 18% of outsider women had that experience. Women recruited from the outside, in fact, were two times more likely to be appointed CEO from non-CEO positions.

On the other hand, the researchers say that when recruited from within companies, men and women chart nearly the same paths. Their study says that about 70% worked as COOs before becoming CEOs.

Tinsley and Purmal write, “Together these findings not only illuminate a viable pathway to CEO for aspiring women (through board service) but also offer a suggestion for companies and boards that seek gender diversity in their CEO ascension plans: Assist high-potential executive women in securing corporate board seats.”

But Tinsley and Purmal say that women executives should also seek out board seats on their own to make themselves more competitive as CEO candidates.

In other words, since boards oversee CEO recruitment, board membership can help put women on board members’ radar when considering who to appoint as CEO.

And now is the time. According to the recent 2019 U.S. Spencer Stuart Board Index, among S&P 500 companies, 46% of the incoming class of board members are women compared to 40% the year before. And today’s boards of S&P companies are not just seeking CEOs and veteran directors. They are looking for people with diverse talent and experience.

The report says, “65% of the 2019 incoming class come from outside the top executive ranks of CEO, chair/vice chair, president and COO.” Moreover, 23% have worked as division or subsidiary heads, functional unit leaders, executive vice presidents or senior vice presidents.

And the Spencer Stuart Board Index says that just over a quarter of the incoming class are serving on boards for the first time.

At the end of the day, Tinsley and Purmal write, “Our findings suggest that boards of directors should consider the skill set of COO, president, or even executive vice president roles combined with board experienceto approximate prior CEO experience.”