The serious dangers of overexercise 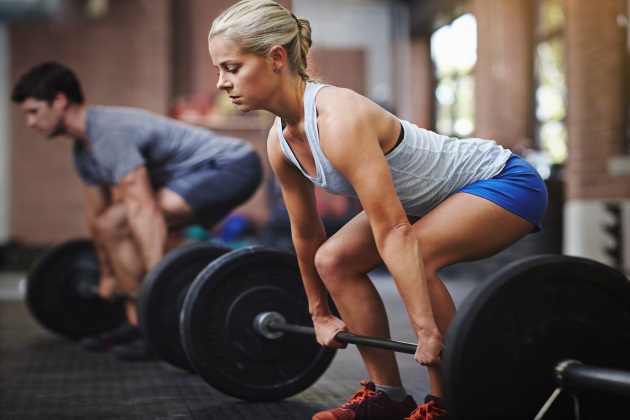 As people are increasingly kicking up the level of intensity and frequency of their workouts, they are encountering more problems, and not necessarily the results that they seek. Rare conditions are becoming more common, including the syndrome known as rhabdomyolysis, or "rhabdo" for short.

It is caused by an injury to the muscles in which muscle fibers die and their contents are released into the bloodstream. A person may experience kidney failure, but if treated quickly, they can recover from the syndrome. In rare cases, rhabdomyolysis can cause death.

Untrained athletes are more susceptible to rhabdomyolysis, although professional athletes can also experience extreme muscle strain, according to WebMD. Paralympic snowboarder Amy Purdy was diagnosed with rhabdo in October 2016.

She revealed on social media that she had pushed herself too hard doing a set up pull-ups. She wrote on Instagram, "As scary and serious as this has been, I have been very blessed that my Kidney has stayed strong. I'm also lucky I came in when I did, had I of waited a few more hours before going to the ER my situation could have easily been critical."

Earlier this year, The American Journal of Medicine released a report about spin-class induced rhabdomyolysis. The researchers concluded that the high-intensity form of exercise "comes with significant risks to newcomers."

If people don’t let their muscles gradually progress to such intense activity, they are setting themselves up for injury — or worse. Straining muscles a little bit is good because it forces them to build and adapt. However, too much stress on can destroy the fibers.

Experts advise you do a less intense version of a new exercise before jumping in to a more difficult one. Also, you should understand your limits and stop a routine if you’re having a really hard time completing it.

A 2015 study published in the Journal of the American College of Cardiology found that people who didn’t run very much and those who ran too much both had higher rates of death, proving that more exercise isn’t always better.

In fact, intense runners were as likely to die as those who opted not to run at all. Other studies have revealed that endurance runners and cyclists are more likely to have abnormal heart rhythms and enlarged hearts. This makes it more difficult for the individual’s heart to pump blood, deliver oxygen, and remove waste from the system.

People who exercise too much are also in danger of damaging their bodies. Also referred to as exercise abuse or obsessive exercise, these individuals may be susceptible to issues such as obsessive/compulsive behavior, addiction or eating disorders.

They tend to push themselves over the limit, compromising their health and even their athletic performance to achieve an exercise high. Certified fitness trainer Erin of Queen City of Sweat revealed earlier this summer that her exercise addiction gave her a "severe case of anemia," and she lost so much of her energy that she struggled to get out of bed every morning. She got so caught up in comparing herself to other people that she was focusing more on how skinny she could get instead of how healthy she could be.

If that’s not enough, even if you’re trying to eat right and exercise properly to maintain a healthy lifestyle, you have to be aware of the risks you can encounter at your local gym. Bacteria lives in several areas, including showers and locker room floors. It can also thrive on weights, benches, and cardio equipment.

You can get ringworm from a yoga mat that hasn’t been wiped down or athlete’s foot if you opt not to wear flip flops in the shower. The best way to avoid an infection when working out in public areas is to wash your hands and wipe off the equipment before and after you use it. Also, be particularly aware of damp places.

While exercise is important for a healthy lifestyle, it’s critical to understand your body and its limitations before jumping into a hardcore routine. You’ve seen those disclaimers about seeking a doctor’s advice before starting a new exercise program. It may not be such a bad idea.