The return of whooping cough 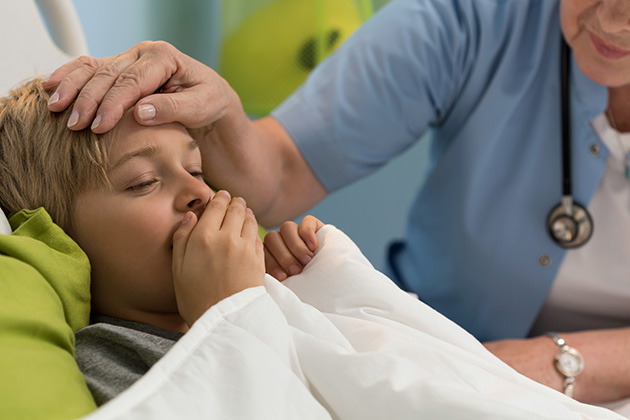 Pertussis, or whooping cough, is a highly contagious acute infectious disease caused by the bacterium Bordetella pertussis. Outbreaks were first described in the 16th century; the organism was first isolated in 1906.

Pertussis was one of the most common childhood diseases and a major cause of childhood mortality in the United States in the 20th century. The disease is more common during spring and spreads when an infected person coughs or sneezes and other people breathe in the bacteria. During the 1940s, before a vaccine was introduced, more than 200,000 cases of pertussis were reported annually.

As a result of the pertussis vaccine, used since 2000, incidence has decreased more than 80%. The vaccine targets three antigens in the bacteria.

However, despite vaccination, pertussis bacteria are becoming smarter at colonizing and feeding off unsuspecting hosts. Australia's whooping cough epidemic from 2008 to 2012 resulted in more than 140,000 cases in 2011, revealing an alarming rise of evolving strains able to evade vaccine-generated immunity.

New studies showed that the evolving strains made additional changes to better survive in their host, regardless of that person's vaccination status. The researchers also identified new antigens as potential vaccine targets.

Now, whooping cough is emerging as a superbug. According to microbiologist Dr. Laurence Luu, who led a team of researchers with Professor Ruiting Lan, the whooping cough strains are evolving to improve their survival, regardless of vaccination, by producing more nutrient-binding and transport proteins and fewer immunogenic proteins that are not targeted by the vaccine.

As a result, whooping cough bacteria are better at hiding and feeding — able to efficiently scavenge nutrients from the host during infection and also evade the body's natural immune system because the bacteria are making fewer proteins that the body recognizes.

Another issue is that immunity wanes quickly after vaccination, indicating the need for a new vaccine that can better protect against the evolving strains, stop the transmission of the disease, and provide longer lasting immunity. The good news is that while the number of whooping cough cases has increased during the past decade, the incidence is nowhere near as high as what it was before whooping cough vaccines.

Vaccination is especially important for children, people who are in contact with children, and pregnant women who need the vaccine to produce antibodies to protect their newborns from developing whooping cough in the first few weeks of life.

Babies under six months have a high risk of catching the disease if they are not protected by maternal immunization or have not yet completed the three-dose primary vaccine course. Older adults who live with someone who has whooping cough and those who have not had a booster in the past 10 years are also at risk.