The real ramifications of resisting arrest 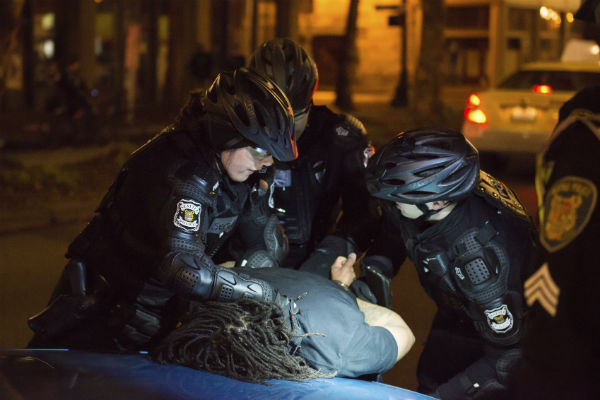 Many people seem to misunderstand what exactly resisting arrest is. You don't have to physically assault a police officer or prevent an officer from doing the arrest. Although the legal definition varies from state to state, to be charged with resisting arrest can include running away, threatening the officer or providing false identification.

We've all seen videos of police officers struggling to make an arrest while being circled by bystanders recording the altercation and screaming at the officers to "let him go; he didn't do anything." Typically, the person recording the altercation is the one doing the yelling, yet often doesn't even know what prompted the arrest in the first place. The critical piece of information here is that the person of interest is resisting arrest, which is a crime.

I was wrestling with the individual on the ground, preventing him from consuming the illegal substance. I was unable to reach for my police radio to call in assistance as this would have given him the opportunity to destroy the evidence.

Shortly thereafter, a woman pulled up in a car and yelled at me to "get off him" and "let him go." I responded by telling her what he was trying to do and asked her to call the police department for me. She smirked and drove off without calling anyone.

Police officers are affected by their environment just like civilians. Screaming at police officers and sticking cameras in their faces while they are attempting to subdue someone is more than likely going to exacerbate the situation. Bear in mind you could also be liable if the officer or subject is injured or killed as a result of your interference or encouragement of the person resisting.

My goal is to mend the relationship and restore confidence between law enforcement and the public. We all play an equally important role with every situation. Here is what we can do to prevent a situation from spiraling out of control.

As law enforcement officers, we face dangerous situations daily and encounter many different personalities and individuals. The key is to not lose control. Especially over the most trivial form of defiance.

We teach our students a variety of methods that when you do have to arrest people and they resist, you can subdue them in seconds with little effort. This concept is critical to avoid injuries to either party, prevent lawsuits and/or loss of employment, and in some instances, even incarceration.

The most important tool any police officer can have is good verbal communication skills. Learn how to ignore that verbal nonsense spewed in your direction and deal with the matter before you.

There is no need to rush. Wait for assistance before engaging if you are outnumbered. Always remember your training and what's at stake. One simple loss of control can result in you losing your job. And top it off with making that person rich.

We often say the key is to go home at night after a day's work. Well, you won't have a home to go to if you get jammed up

Subject of the arrest

Have someone record the encounter if you can. A good officer shouldn't be worried about this — I actually prefer it.

Comply with the directions you are given and take the matter to court if you feel you were treated unfairly and the arrest was unlawful. You will not win in the street no matter what you say or do. You'll be surprised how often judges and juries side with the defendant, contrary to what many believe.

If your mission is to record the encounter, don't become an interference. There is no established distance rule in place as some may suggest. If the officer thinks you are too close, you are too close. Use your camera's zoom feature or change positions if you can.

Once again, you may not know why the officer is struggling with this person. The subject may have just attempted to disarm the officer, escaped from prison, attempted to abduct a child or worse. Your commentary and interference will only make matters worse. Just record and stay out of it.

If you are a good person with good intentions, you may even decide to use that phone to call for help instead of waiting for someone to get seriously hurt or killed.

In conclusion, we should all assume responsibility for our actions and contributions to these circumstances. The officer, the arrestee and the bystander/instigator. Follow these simple rules if you really want to make things better.

Detective Sergeant Edwin Pantoja is a 27-year veteran of law enforcement and founder of ForceEffects Training, which is designed to teach anyone in a combative situation how to safely and efficiently subdue a person resisting arrest.