The radical idea of the healthcare sabbatical 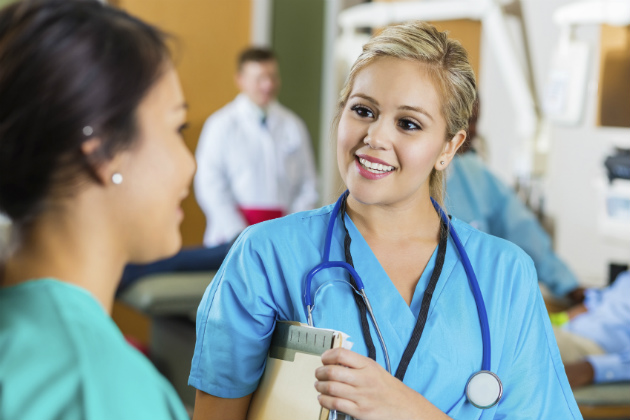 In the stressful world of healthcare, nursing, and medicine, worthy staff members work themselves to the bone in service to the common cause.

Nurses, doctors, physical and occupational therapists, radiologists, and others put out enormous amounts of energy day in and day out in a wide variety of healthcare milieus.

With burnout widely prevalent, why don’t healthcare organizations offer sabbaticals for their most valued employees? Universities and colleges do it for professors — why are healthcare workers not afforded similar opportunities?

Picture this: you’re at a party and you meet a university professor who tells you she’s on sabbatical for a year and is spending most of her time writing and traveling. This notion of the paid sabbatical seems quaint in the 21st century, but some professors still enjoy the fruits of such golden opportunities.

From the outside, sabbaticals simply seem like paid vacations, but when speaking with those who’ve taken part in such a life event, many use the sabbatical not only to take a well-deserved rest, but also to deepen their studies and intellectual capacity.

For instance, a university professor with expertise in Shakespeare might travel to Stratford-on-Avon for the purpose of gathering further knowledge of Shakespeare’s life and work.

One can assume that universities who grant sabbaticals do so in the hopes that their employees will return refreshed, reinvigorated, and ready to dive back into their work with renewed vigor.

In this context, a radical notion is that healthcare organizations consider granting paid sabbaticals for certain individuals who exemplify service, intellectual rigor, an excellent work ethic, or other qualities. The purpose of such sabbaticals would be to reward an excellent worker, stimulate new ideas, and empower others to compete for such an honor.

While awarding extra paid time off may seem ludicrous to those monitoring healthcare institutions’ bottom line, such an investment could pay unforeseen dividends, some of which could be difficult to measure but no remain less important.

Let's say that Nurse Ryan has been working for Old McDonald’s Hospital for 10 years. He has served as a floor nurse, Charge Nurse, Night Supervisor, and interim Director of Nursing when the current DON was on medical leave. As a highly valued employee, Ryan enjoys an excellent relationship with both staff and management.

Based on applications from those nominated by their peers and supervisors, the administration decides that Nurse Ryan will be the annual nurse recipient of the organization’s pilot Employee Sabbatical Program, in which three exemplary employees (one each from three disciplines) are given the opportunity to explore their passions for one year while receiving full pay.

In exchange for a paid sabbatical, these employees promise three further years of service, the caveat being that falling short of the three years would necessitate reimbursing the employer for 50 percent of their sabbatical pay. They also promise that, upon their return to work, they will give a series of presentations for staff and administrators focusing on the learning and outcomes of their time away.

The awarding of three paid sabbaticals per year serves as incentive for self-selecting staff members to increase their productivity and involvement in the organization.

Since unit managers and peers are responsible for nominating candidates, nurturing collegial relationships with fellow staff is crucial. With competition for the sabbatical spots being relatively stiff, those interested in applying and being selected are incentivized to go above and beyond in their professional capacities.

Over a period of several years, the pilot sabbatical program grows in popularity, and many employees continue to vie for the chance to pursue their passions. Employee engagement increases, and friendly competition is the order of the day.

Naysayers may purport that paying salaries for employees to not work for a year is a foolhardy venture. Those in favor would argue that such programs are incentive for empowered and engaged employees to deepen their knowledge and increase their organizational loyalty, not to mention the incentive for others to do the same.

Radical proposals can sometimes prove to be practical and advisable. Organizations can get mired in the same old way of doing things, and when faced with a competitive job marketplace and high employee attrition, incentivizing loyalty and learning could be just what the doctor (or hospital administrator) ordered.

The healthcare sabbatical is likely a pipe dream for most, but for a select number of organizations, it could be one key to ongoing success, innovation, and employee engagement.