The pros and cons of school vouchers 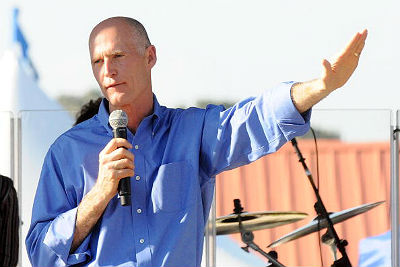 The school voucher program has always been controversial, but never has the debate raged as it is now. Also called educational vouchers, these are basically certificates issued by state governments that allow parents to take their child's portion of per-pupil spending (of the state) and reallocate the funds to private schools instead of the public school in their assigned school districts.

Private schools are understandably expensive, and the voucher program offers a window of opportunity for children from low-income families to receive the exclusive and elitist education that is otherwise difficult for them to get.

How is this possible? It's simple really — tax dollars are used to pay for public school funding, regardless of whether your child goes to a public school. Under the voucher system, this funding per student can be claimed to put the child into a private school. These programs are expanding across the nation, as evident by figures like the $21 million spent by Indiana taxpayers and $3.2 million in new funding by Wisconsin taxpayers to give students a private-school education.

Supporters of the program state that apart from making private school education much more approachable, the school voucher program allows parents of private school students to actually justify their tax dollars. They no longer make double payments — paying the private school fees as well as the taxes that went toward public school funding.

Of course, nothing is as simple as it sounds. There is a growing dichotomy between the pros and cons offered by this program. While proponents think that this will lead to more healthy competition across schools and in turn improve the quality of education, detractors are of the opinion that this might lead to more separatist activities.

The public school system in the U.S. is one of the strongest in the world, and the voucher program threatens to undermine its importance. The funding on which public schools depend will be severely hit, which in turn will put a cap on teaching aids and resources, thus making it difficult for public schools to be competitive and effective. Millions of students who attend public schools will be bereft of the educational advantages they could have had, despite their parents being taxpayers themselves.

Also, private schools have limited seats, and the voucher program will create additional pressure on the system, which means some potential demands will be unfulfilled. While vouchers are being used to get more students into private schools, there will also be many who take them and use them for home schooling, online education or charter schools.

For detractors, one of the biggest reasons to boycott this program is that most private schools are religious in nature, and expansion of the voucher program therefore means expanding religious education. Among other states, Florida has recently seen a massive wave of protests against the new education law that seeks to expand the voucher program in the state.

Opposition is felt from the Florida Education Association, the teachers' union, PTA groups and other public-school advocacy groups, all of whom claim that the expansion will divert money away from public schools, support more religious education than warranted and violate the separation of church and state. Most importantly, the vouchers give money to institutions that do not face the strict accountability rules that public schools do.

On the other hand, for those who believe that all children have the right to expect the best of education and should have access to it, then the school vouchers can be of help. For deserving students, these vouchers can take them out of low-performing schools or school districts and put them in better learning environments.

But public schools will then not only have lesser funds and resources, but they will also have to use these dwindling resources to educate more academically-challenged students.

It is a dichotomy to be sure, and one that doesn't look like it will be solved soon.