The problem with talking to everyone 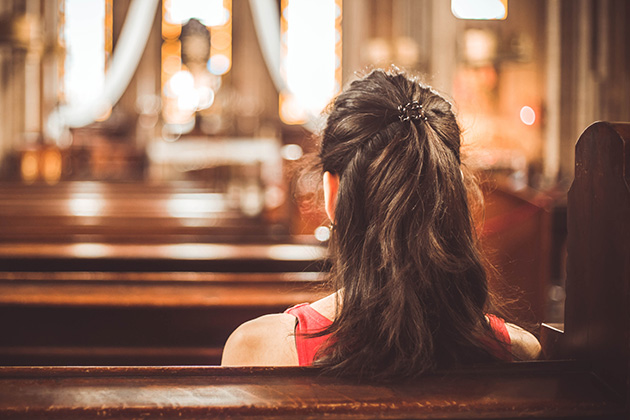 It sounds strange, right? But most people don't have the time to read something that isn't interesting. So you're doing them a favor. As a church communicator, you need to stop trying to get everyone's attention and trying to communicate to everyone. It won't work.

Ever been at a friend's child's recital? An emcee introduces the festivities. Then, in the same tone, he announces information that's intended only for parents. You drift off and become disinterested. They've lost you even though you're a guest.

We don't want that in the church. Here are the problems:

We live in a noisy world. Everyone's talking to someone. Marketing messages are screaming and trying to get everyone's attention, so we think that's the best way, too. What we don't realize is that good marketers are segmenting and targeting who they think are listening. If you're watching a TV show and you think the ads are not engaging, it means you're not the type of person who they think should be watching.

Because of the marketing noise, we need to talk directly to a specific audience (a persona) so they listen and become engaged. If people are disinterested in your messages, you're trying to talk to too many groups and losing attention in the noise.

You say too much. Trying to talk to everyone is talking to multiple personas at the same time. What usually happens is you have to say far too much to try to engage all the different groups. You come across as wordy and uninteresting. Contributing to the noise rather than trying to engage.

It's like the recital — the emcee has to overshare about why he's trying to say something to the parents so he keeps your interest. Having problems editing your communications and engaging? It's probably because you're trying to talk to too many people.

It's difficult to choose your language or images. If you're not targeting a persona, you don't know how to get their attention. Once you determine a persona's pain or concern, you can share a solution that will instantly gain their attention. Or maybe they have a goal to accomplish, so you share a direct path to obtaining it. They'll listen and want more information every time.

For a visual medium, an image of a person similar to your targeted audience will capture attention quickly. Having difficulties selecting words, concepts or pictures? You're trying to talk to "everyone."

Most won't pay attention. When a "soft" message is directed at everyone, most won't respond since it doesn't connect to most of the people. Like in the recital, we end up tuning out everything when the message may still be important.

Are people disinterested with your communication? Then you're not targeting a persona the way you should.

The solution? Identify 2-3 personas in your church (primary, secondary, tertiary).

Talk directly to the primary most of the time (make sure your community has a lot of them). Your targeted message will help grow that group. For your secondary group, say less and have other ways for them to get the information. Your tertiary audience is only talked to occasionally.

Stop talking to everyone and grow the group that gives you the most potential. You'll end up reaching more in your community effectively.