The problem with nice employees 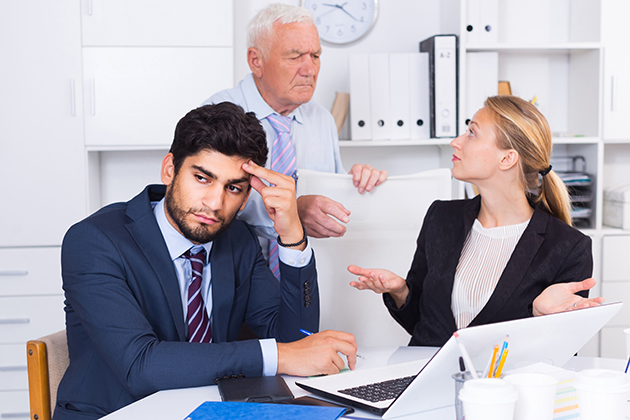 Though I have never been accused of being nice at work, my sister suffers from chronic niceness. She recently joked if she ever had to terminate someone, instead of firing them, she would likely end up baking them cookies and finding some way to share her job, à la Norm Peterson.

While I would love to work in a place full of people like my sister, I am not sure how productive it would be. Here are some problems with nice employees and a few ways we figured out to address them so everyone wins.

On a scale with nice on one end and mean on the other, most of us would fall somewhere in the middle. However, just like we can occasionally run into a mean employee, there are a few truly nice ones out there as well.

A major reason for that is we rarely see nice employees as a problem to be solved. Instead, they are great to have around the office and instead of focusing on them, the squeaky wheel, overdue project, or shiny initiative get the attention. This is the problem.

Nice employees do several things to distinguish themselves. First, they tend to be thoughtful. From deadlines to birthdays, they remember things in enough time to address them proactively.

Second, they are forgiving. When we or their teammates forget the dongle, the bagels for the meeting or to thank the seminar host, they step right in. Third, and probably their biggest downfall, they tend not to raise issues on their own behalf.

While all three combine to make nice employees easy to take advantage of, it is this last characteristic that can present the biggest challenge. Thus, it is the one to which we need to pay the most attention.

As leaders, we must force ourselves to recognize the signs of niceness in our employees and proactively address them.

For example, the admin assistant who remembers everyone’s favorite bagel for Bagel Fridays may be doing her job well and with a flourish; but she is not necessarily nice. Others, like the manager who volunteered so consistently to proofread the weekly report that the new team member thought it was her job, is showing signs of being nice.

One of the best ways to distinguish niceness is to observe employees in their natural work. While it may seem time-consuming, sitting down or hitting the road with team members can give an irreplaceable glimpse into what they do and how they do it.

For example, on a recent visit to a satellite office, a new leader noticed the team there was running on older computers and generally had been given the leftover office equipment and supplies. The team lead was nice and set a tone among the group such that they did not tend to complain. Things worked so they had no need to mention it.

The bottom line is, while I will not admit it to my sister, nice employees tend to have a disproportionately positive impact on the business. Yet, unless we make it a point to spend as much time with them as we do with the squeaky wheels, we may never realize it and subsequently not emphasize it as the important part of the culture that it is.