The problem with heritage railroads 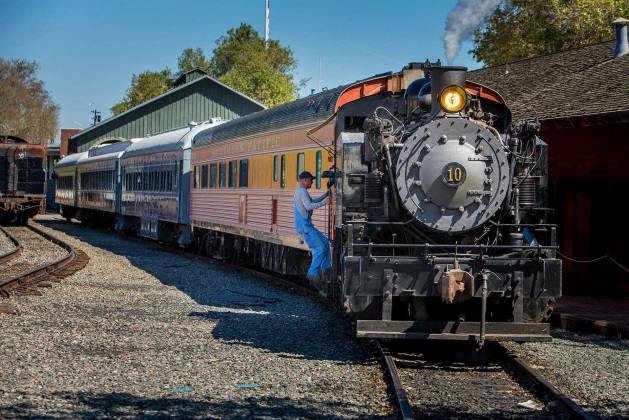 I have always thought of heritage railways, or “preserved railways,” as a peculiarly British phenomenon. But they are perhaps an affection that has come to America, too.

These nostalgic locomotives might seem harmless, but might they be encouraging an image of railways as a ghost from the past rather than as the future of sustainable transport?

The decline of railways over the 20th century

Thanks to a now quite infamous British civil servant, what is known as “Beeching’s Axe” swung heavily across many regions of the U.K. in the 1960s on the back of the Beeching Report. The report sought to address the “departure of the railways from their proper role in the transport system as a whole” and heralded a waves of line closures across the country.

The history of U.S. railroads follows a similar pattern — the post-war era the arrival of the automobile, combined with the rise of commercial aviation, made railways seem redundant. Investment shifted sharply to highways, and rail lines were swiftly erased from the map. The closest equivalent of Beeching’s Axe in the U.S. was probably the passing of Eisenhower’s Federal Aid Highway Act of 1956, which brought the Interstate Highway System into being.

While, since then, investment in commuter rail, inter-city rail and high-speed rail has lagged, a Google search reveals a lengthy list of heritage railroads in the U.S. These include the dainty Cripple Creek steam locomotive in Colorado, and the Serengeti Express embedded in Florida’s theme parks.

Heritage railways may make a fun family day out. But here is the problem. In the U.K., heritage railways — which promise to “transport you back to the golden days of rail travel” — are booming, while investment in new rail infrastructure has crippled key transport routes and caused the country to fall far behind the rest of Europe.

Since the very dawn of the rail era, they have provoked a sense of exhilaration. They gripped the imagination of those who experienced them where they were launched, but not in quite the same way that tourists find on today’s sleepy heritage railways. When the first railroads came into existence, they represented the forefront of progress. Early trains transformed the way we transport ourselves and communicate — they were the WhatsApp of their day.

There are stories from the very early days of rail pioneers in the U.K. taking friends to see their new locomotives and watching them faint as the train went past, before exclaiming “how much longer shall knowledge be allowed to go on increasing?”

But instead of this sense of exhilaration and possibility, when we spend our energy on establishing heritage railway lines rather than bringing old lines back into use, we help to paint a legacy of railways as the twee legacy of a bygone era.

The alternative — railways as innovation

Japan, on the other hand, doesn’t appear to be too nostalgic about its railways. Its “bullet trains” are a global flagship and a symbol of the nation’s technological proficiency.

The country just unveiled the Alfa-X, which from 2030 will be operating at speeds of up to 240 miles per hour, and they it certainly not harking to the past with its design either. The precision engineered design looks more like a rocket than a train. Similarly, Germany, in a neat twist on the history of steam railways, recently unveiled a low-emission “hydrail” train that is powered by hydrogen and emits only steam.

George Stephenson, inventor of the first locomotive and so-called “father of the railways” would surely be more stirred by these efforts to put railways at the heart of innovation than the thought of us still trundling along on his own dated inventions. And this is all before we even begin to discuss the subject of carbon emissions from aging locomotives…

Trains don’t belong in theme parks or museums but on the tracks, and I believe we need top engineers rather than heritage experts working on our railroads. We need to rediscover railways as the forefront of clean transportation technology and, at the risk of sounding like a spoilsport, I can’t help but feel that heritage railways are hindering the task.