The patriotic law that almost everyone ignores 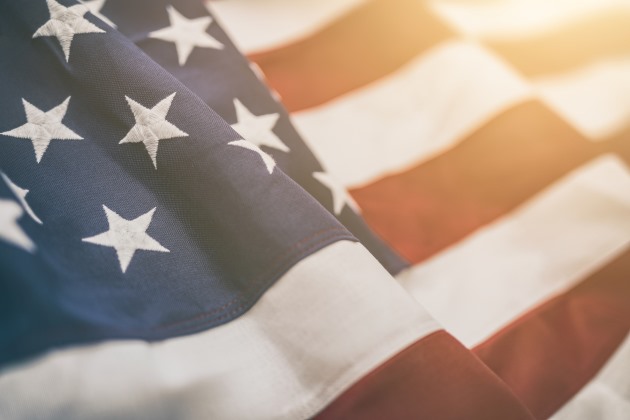 While the law specifies the manner in which the flag is to be treated, there is no official penalty. Furthermore, the Supreme Court has ruled that defacing the flag is a form of free speech protected by the First Amendment in two cases, Texas v. Johnson and United States v. Eichman.

These two cases did not strike down Title 4, Chapter 1, but they did rule against the constitutionality of local and state flag protection laws.

In order to be recognized as a nation state, a country needs to possess several things. These include; defined borders, a common currency, a common national identity, a military, and a common (if not necessarily official) language. The final thing required for recognition as a nation state is a flag.

The flag is so important to our sovereignty that the United States government considers the U.S. flag to be a living entity.

As someone who made a point of rendering honors to the flag at Reveille and Retreat, I find the mistreatment of the flag disturbing and offensive.

Title 4, Chapter 1, Section 8, Paragraph D specifies that: The flag should never be used as wearing apparel, bedding, or drapery.

Paragraph J specifies that: No part of the flag should ever be used as a costume or athletic uniform. However, a flag patch may be affixed to the uniform of military personnel, firemen, policemen, and members of patriotic organizations. The flag represents a living country and is itself considered a living thing. Therefore, the lapel flag pin being a replica, should be worn on the left lapel near the heart.

So, when you see athletes wearing U.S. flag-themed clothing, or draping the flag around their bodies, that is both illegal and disrespectful of the men and women who have given their lives for our country.

The "thin blue line" flag, which is used to commemorate the lives of fallen law enforcement officers, is also illegal.

Section 1 states: The flag of the United States shall be thirteen horizontal stripes, alternate red and white; and the union of the flag shall be forty-eight stars, white in a blue field.

Section 8, Paragraph G directs that: The flag should never have placed upon it, nor on any part of it, nor attached to it any mark, insignia, letter, word, figure, design, picture, or drawing of any nature.

The "thin blue line" flag and any depiction of the flag in any manner other than that stated above are unlawful. It is, indeed, disrespectful of fallen service members. It is analogous to the police officer who speeds around you, without using lights and sirens.

There are things that we can do about disrespect for our flag.

When you see a government building flying a tattered flag, say something. There are plenty of tattered flags flying on college campuses and in front of libraries.

If your local police department displays the “thin blue line” flag, speak with the mayor or city council, and explain why the symbol is illegal.

Of course, you will want to present your objections in a calm and respectful manner. It’s understandable to be outraged by the mistreatment of the stars and stripes, but displaying outrage never solves anything.