​The ocean is dying, and we need to do something about it 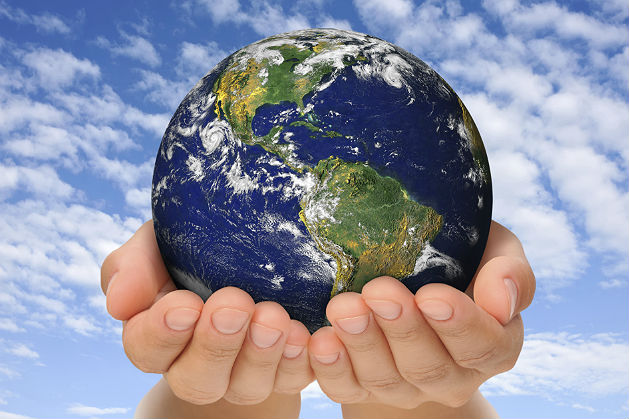 The last time anything regarding the ocean made top news was the BP oil spill in 2010. Since then, a few reports have come out here and there regarding the lawsuits against BP and the spill's repercussions on the ocean, but that was it.

As Americans, we tend to think a lot about the beach — when we can go, how we like to tan, how we'd like to take our kids there — the list goes on. Then, once a year, The Discovery Channel hosts Shark Week, and people are reminded that the ocean still does exist outside the beach.

But not everyone has forgotten about the ocean. Industrial fishing companies and Big Oil are still aware of its existence, and they are trying to commercialize it as much as possible before anyone realizes how much damage they are doing.

While many people understand that the oil spill of 2010 in the Gulf of Mexico was a terrible thing, many do not realize why in relation to the ecosystem. Many think it's a terrible thing because of tar balls and because it kills ocean life like pelicans, otters, dolphins and fish. But that really doesn't begin to scratch the surface.

The land has a beneficial symbiotic relationship to the ocean, which few people realize. How on earth could our ecosystem be dependent on the ocean? Land and sea are two completely different worlds, anyone could tell you that. The ocean is so much larger relative to the amount of land on the planet, it's not like we could fish it out, right?

That could not be further from the truth. For instance, the oceans produce half of the world's oxygen, and plants living in the sea absorb roughly one-third of carbon dioxide emissions. The oceans regulate our weather, our water and biodiversity.

The ocean is also a valuable resource for minerals and medicines. Kelp, because it is high in iron, helps stabilize thyroid functions, which is the organ involved in producing T cells that significantly contribute to your immune system, along with your bone marrow. Seaweed has anti-cancer properties. If you have Alzheimer’s medication, heart disease medication or arthritis meds in your cabinet, they most likely made their way there at the expense of the ocean. Researchers also believe that coral may have many valuable medicinal properties.

Not to mention that 1 in 6 jobs in the U.S. are marine-related, creating a $128 billion industry.

So if the ocean is so valuable, you would think that humanity would want to protect is as much as possible. Once the ocean is dead, it's going to remain that way, and that $128 billion industry will be gone. 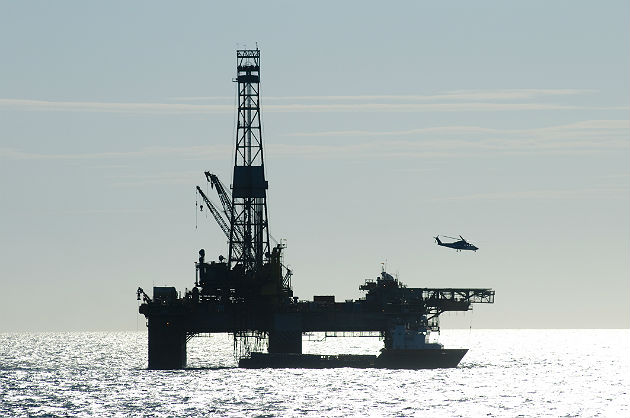 Nothing could be further from the truth, unfortunately. Big Oil is currently pushing the Obama administration to consider offshore drilling literally everywhere. According to a documentary, Mission Blue, about 40 years ago there was one drilling rig in the Gulf of Mexico; now there are more than 3,800.

Meanwhile, offshore producers want to add more. The more rigs, the more oil, the more money. It is that simple. Currently, drilling is only permitted in two-thirds of the Gulf, but Big Oil wants freedom in the entire Gulf, as well as the coasts in Alaska. Their stance is that the U.S. is choosing to be "blindfolded to its true energy potential," but they have no way of ensuring another BP oil spill can be prevented.

The Gulf of Mexico currently has 5,052 square miles of dead zone, which is precisely what it sounds like. A dead zone is a place where there are no fish and essentially no life due to a lack of oxygen. 50 years ago there was one dead spot in the world. In 2014, there are more than 500 worldwide. Dead zones are created from dead algae and phytoplankton. When they rot, they use up oxygen in the water and most of the fish that inhabit the area die.

But the oil spill caused so much more damage than that. For example, Gulf oysters have all but vanished since the spill:

"The millions of gallons of oil that spewed into the Gulf caused fishing grounds to be closed for fear the oil and the chemical dispersant used to break it up would make seafood inedible, either by direct ingestion of the substances by marine life or by tainting the food chain," according to The Associated Press. "More visible were the oil-covered dolphins, birds and other sea life that either died in the oil or required rescue and scrubbing to clean away the oil."

The coral in the Gulf is dying, and scientists honestly think it will never repair itself. They think coral may be extinct within the next 20 years, if the world keeps doing what it's doing.

Another problem has to do with corn and soybeans, and Midwestern agriculture. While this agriculture is in the middle of the country and nowhere near the ocean, it has an efficient travel system that leads to the ocean: the Mississippi River.

The U.S. produces 40 percent of the world's corn and uses pesticides and herbicides to protect its crops. Because of this, the Gulf of Mexico is showing signs of rapid acidification. It isn't just the Gulf, however. Acidification is happening everywhere: The Chesapeake Bay, Long Island Sound and Narragansett Bay. 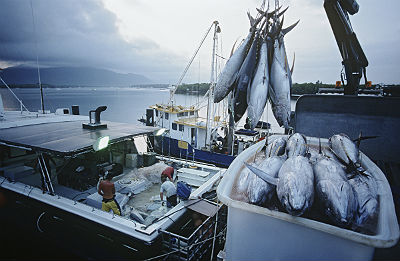 Starting to feel overwhelmed yet? Aside from poisoning the oceans and throwing trash into it, we are also overfishing it, particularly in the realms of: shark, bluefin tuna and cod. Scientists believe there are around 40,000 bluefin adult tuna left in the ocean — the entire ocean. In other words, compared to the national average decades ago, bluefin tuna's abundance has been cut down to 4 percent.

There are 10 percent of sharks left in the world and under 10 percent of cod are left. Scientists have also found that scraping the seafloor for fish harms the biodiversity present there, meaning trawling cut it by 50 percent and organic matter 52 percent. This in turn slowed carbon cycling by 37 percent and caused all the stored CO2 to be released back into the atmosphere.

Ninety-nine percent of the ocean is used for commercial fishing, with 1 percent designated as protected areas. Scientists estimate that, in order to keep the ocean alive, at least 20 percent needs to be designated as a conservation areas, and 50 percent would be better.

But that isn't looking likely. President Barack Obama just approved the use of sonic cannons for the oil and gas industry, despite knowing that it would kill millions of animals, including fish, dolphins and whales. Basically, the sound is so loud that it bursts the animals' ear drums. Some, desperate to escape the noise, will beach themselves and dry out. The rest will die from internal bleeding, gas pockets and fractured skulls. Some divers die from similar bleeding and gas bubbles — we call it decompression sickness, also known as "the bends."

However, despite all the harm big business is doing to the oceans — some of it irreparable — there are organizations and people trying to help. The United Nations is being implored for tougher laws by the Pacific Islands, and some countries are even creating their own protective, noncommercial fishing zones.

The NOAA is trying to impose commercial fishing bans on certain types of fish to try and keep them from going extinct because of humanity. Even the Western and Central Pacific Fisheries Commission (WCPFC) is being forced into action at this point, because tuna numbers have become so dismal. The European Commission is stepping in as well, cutting fish quotas for 10 countries due to overfishing.

Scientists worry it will not be enough, in time. Most likely, they are right. As of now the U.S. has no tuna regulations, and there are only 40,000 tuna left in the world. It seems the extinction of bluefin tuna may take place in the millennial generation, but that is simply a guess.

Eighty percent of all life on the planet is found in the ocean, and yet pollution can be found in every part of the ocean. People are aware of the plastics and fishing line that gets tossed in the ocean, but what about the microplastic particles that are ingested by the fish, and in turn, us?

Climate change is becoming pronounced. The ocean's waters are becoming warmer, and there have been severe disturbances in the carbon cycle. Due to the overfishing of sharks, sea turtles are eating all the seagrass beds, because there are fewer tiger sharks around to eat the sea turtles. This could lead to an ecosystem collapse, if too much seagrass is devoured, which would lead to coastal erosion and higher levels of carbon dioxide.

Sunscreen, as scientists recently discovered, kills phytoplankton, which is the basic life system and supports a huge ecosystem within the ocean.

But it isn't too late. The coral reefs are not extinct yet; sharks and tuna still exist. If humanity is willing to slow down, the ocean could return to what it was — almost. It would take longer than a few decades to get it back to where it was, but it is completely possible to maintain a symbiotic relationship with the sea, where we can fish without overfishing and use what the ocean has to offer without destroying it.