The nursing job outlook for 2015 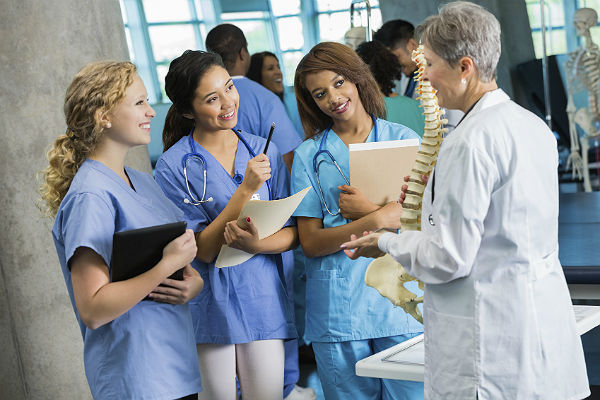 With 2015 poised to begin, economic forecasts for the new year are beginning to make themselves known, and the employment outlook in healthcare is a crucial aspect of those prognostications. A recent report from CareerBuilder.com places the position of registered nurse as having the third-best employment outlook of the site's top 10 chosen occupations.

With 5 percent job growth between 2010 and 2014, an average of 103,800 new hires per month, and a median hourly rate of $32.51, nursing appears somewhat lackluster when compared to occupations such as software developer or marketing executive. Still, our profession continues to see modest growth, and there appears to be no shortage of Americans willing to pursue nursing as a career choice in the 21st century.

Meanwhile, CareerCast.com has published its list of the 10 best healthcare occupations for 2015, and they have completely eschewed nursing in deference to other faster-growing positions. According to CareerCast, the specialty of audiology is enjoying 34 percent job growth, while dental hygienists are seeing a 33 percent increase in employment opportunities.

Dietitians, laboratory techs, medical technologists, opticians, pharmacists, physical therapists, physiologists and podiatrists (the only M.D.'s on the list), also receive the website's vote of occupational confidence. Readers should note that, although they are not M.D.'s, physical therapists are now required to earn a Ph.D. in order to practice as doctors of physical therapy (DPTs).

With nursing left completely out of the CareerCast healthcare employment prognosis, one is left to wonder if the nursing bubble has indeed burst, or if our profession will bounce back as healthcare reform takes hold and more newly-insured Americans pursue medical treatment that had been previously beyond their economic reach.

Anecdotally, novice nurses just out of school appear to be experiencing a perplexing conundrum in pursuit of their first position following graduation. The historical norm has been for new nurses to cut their professional teeth on a med-surg unit, learning the ropes and sharpening skills as they navigate the management of multiple patients with a plethora of needs.

Unfortunately, for new nurses in 2014, fewer facilities appear to be hiring new graduates, leaving them wandering the marketplace for positions that are apparently few and far between. Further expanding this employment conundrum, many facilities seem ignorant to the fact that new nurses are finding it increasingly difficult to successfully secure one or two years of med-surg experience after graduation.

Requiring new nurses to attain experience that the employment marketplace will not allow is a cruel puzzle that leaves many novice nurses perplexed and discouraged. The calculus of this situation must change.

It appears that employers of nurses need to rethink their strategy in regard to novice nurses in the employment marketplace.

Understanding that new graduates cannot necessarily find one or two years of med-surg experience, employers must take these new nurses under their wing. These employers can nurture the aspirations and eagerness of new nurses by creating mentoring programs that circumvent the long-held belief that novice nurses must begin their careers in med-surg.

The healthcare community does a disservice to both itself and the general public if they do not find innovative ways to allow graduate nurses to enter the healthcare environment as valued employees. These new grads will themselves become the backbone of a profession that is itself the backbone of the entire industry, and we fail to nurture them at our own peril.

For those of us who value nursing and watch the healthcare employment marketplace closely, we would surely like to see nursing back on the lists that identify the most remunerative and fastest-growing careers in healthcare.

With healthcare reform entering its second year, we can foresee that the demand for nurses will most certainly grow. As older nurses retire and the profession experiences normal attrition, we want to simultaneously avoid the unnecessary attrition that stems from lack of employment opportunities for both seasoned nurses and those just entering the fray.

Creativity, open-mindedness and innovation are called for in the healthcare employment marketplace, especially as it pertains to nurses. And if healthcare leaders read the writing on the wall, they will take inspired action to nurture the growth of the nursing profession, a profession that constitutes the largest percentage of healthcare workers in the United States, and likely the world.