The newest developments for hamstring injury prevention in soccer 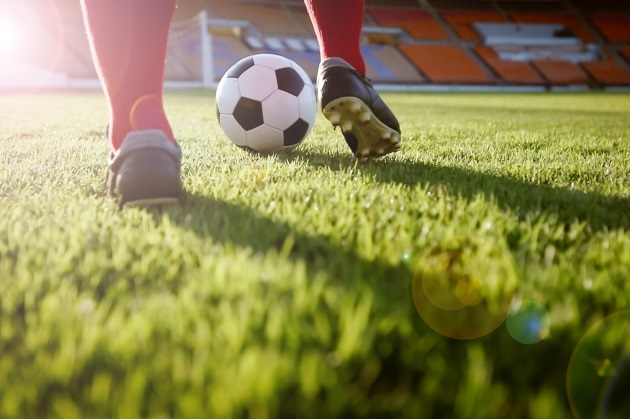 Recently, an article was posted in the British Journal of Sports Medicine (BJSM) that really caught my eye. You can read the whole article here.

The most common soccer injury for professionals is to the hamstrings. But with an ever-increasing volume of knowledge regarding the causes of hamstring injury and how to treat and prevent such issues, why are numbers on the rise?

The increase in intensity and volume of match play now expected from modern players could explain part of that increase, but we should also be taking a close look at the injury prevention strategies we are using with players.

The authors of this piece documented a large gap between the evidence and protocols proven to work in hamstring injury prevention and the strategies actually utilized by clubs' medical teams. In fact, they quoted a study that found only 11 percent of teams in the UEFA Champions League (Europe’s top club competition) and Norway’s top professional league actually use the Nordic Hamstring Exercise program. This particular protocol has been shown to reduce hamstring injuries by 65-70 percent.

This information really highlights the need for injury prevention strategies to be revisited by many professional soccer clubs. Here are the recommendations for a five-point strategy for hamstring injury prevention, summarized from the BJSM article:

As well as increasing eccentric strength, this form of training has been shown to increase fascicle length of the biceps femoris long head. Those with a short fascicle length are known to have up to a four-fold increased risk of hamstring injury.

The authors describe their approach to hamstring strengthening as holistic, utilizing eccentric, concentric and isometric strength training. Exercises incorporate both knee flexion and hip extension movements and focus on high-speed running drills due to the specificity of such training to the usual mechanism of injury in soccer players. Indications from recent studies suggest that achieving peak (or near-peak) velocity in training can lower the risk of hamstring injuries.

Strengthening exercises in the gym are also utilized but must consider: the injury history of each player; results of preseason screening for strength deficits or imbalances; and current playing status of the player. Additional heavy hamstring training may not be suitable for periods of heavy match play for regular match starters. 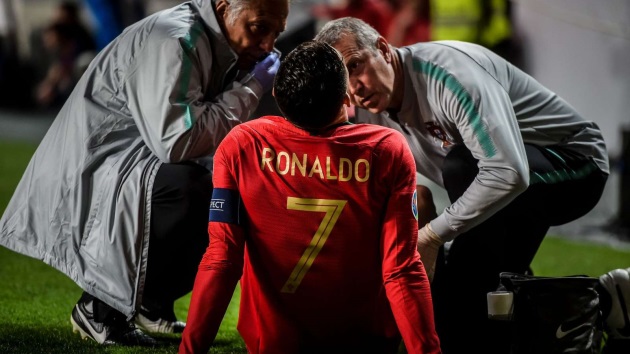 Juventus and Portugal superstar Cristiano Ronaldo was affected by a hamstring injury during a match against Serbia on March 25. (Image credit: Getty Images/Goal.com)

Managing the load on a player is one of the key factors for reducing injury risk. Large, sudden increases in high speed running distances, as occurs during congested match play, has been shown to increase hamstring injury risk. The authors have previously shown that progressive increases in training workloads can develop tolerance to higher acute loads and resistance to injury.

Often, running speeds during training do not sufficiently represent the speeds reached during a match. This is an injury risk in itself, so training should incorporate near-maximal speed drills.

This strategy recommends progressively increasing players’ training workloads to achieve long-term moderate-to-high chronic training loads and prepare the players for up to three matches’ worth of load per week, as may happen in congested fixture periods. In order to avoid other overload issues, they suggest two weeks of increasing load, followed by one de-training week to allow adequate rest and recovery.

While recently questioned due to a lack of supportive evidence, the authors still include this parameter in their holistic approach to hamstring injury prevention. This decision is based on the available evidence, both theoretical and anecdotal.

The pelvis is the link between the torso and lower body. Aberrant pelvic motion during sprinting is thought to contribute to hamstring injuries.

Here is one example of how this can happen: An anterior pelvic tilt when running places an excessive stretch on the hamstring muscles, increasing tension at terminal swing phase. In addition, this increased pelvic tilt is often due to tight hip flexors, which may be associated with an inhibition of the gluteus maximus and resultant synergistic dominance (and extra loading) of the hamstring muscles.

The authors recommend corrective exercise and Pilates-style training to address such stability and imbalance issues.

Those players with superior physical conditioning (i.e., general strength and cardiovascular fitness) have been shown to be less susceptible to injury. This doesn’t only apply to soccer but is true across a range of sports.

Lower body compound strength is essential for performing explosive tasks such as sprinting and jumping. High levels of CV fitness are also a necessity to avoid fatigue, which has been shown to contribute to injury risk through compromised biomechanics and neuromuscular control.

Recommendations include regular on-field fitness testing and a general strength and conditioning program. While match play and training are often sufficient to maintain good CV fitness, in some cases, additional or alternative training may be required.

Examples include when returning from injury or when a player is not starting matches regularly. This could take the form of static bike sessions.

Fundamental movement patterns, such as the squat, lunge, jump and land, should be assessed for movement quality. Practicing such athletic movements help to challenge coordination, timing and neuromuscular control, which may increase an athlete’s ability to apply strength functionally in sporting activities.

Any injury prevention program should incorporate such athletic movement with an emphasis on good technique over many repetitions. Such training can take place during warmup or pre-activation sessions, or as stand-alone physical development in a gym setting.

They should include specific drills broken down into components and performed in a slow and controlled manner, focusing on movement quality. These simple tasks establish a basic competence, allowing for further development in the form of speed and complexity.