The mystery of memory: Unveiling FXR1P 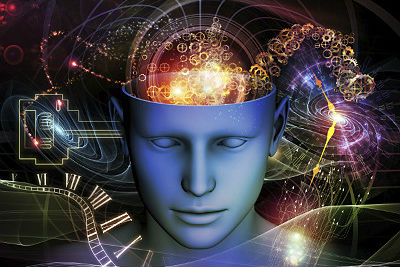 Ordinary human memory is a mess. Most of us can recall the major events in our lives but may have to hear a phone number a dozen times before we can repeat it. It's easy for us to forget things we've learned — like the periodic table. Worse yet, our memories are vulnerable to contamination and distortion as evidenced by when we are fooled by suggestive questions.

The fundamental problem is the seemingly haphazard fashion in which our memories are organized. A computer stores every single bit of information at a specific location, easily retrieved, but human recall is hit or miss. Neuroscientific research suggests that our brains don't use a fixed-address system, and memories tend to overlap, combine and disappear for reasons no one yet understands.

The one thing we do know is rather vague: Memories live in the hippocampus and the prefrontal cortex. We use our short-term memory, also known as the working memory, when we need to keep some piece of information in our heads for just 20 or 30 seconds; then we quickly forget that information.

But as we begin to forget information, dates, events, names, where we put things, the question becomes just how much information can the brain store? Previous research has shown that production of new molecules is necessary for storing memories in the brain. If the production of these molecules is somehow blocked, new memory formation does not take place.

According to a new international study, led by Dr. Keith Murai, associate professor in the Department of Neurology and Neurosurgery at McGill University Health Centre, a new molecule has been identified that puts the brakes on brain processing. When this molecule is removed, brain function and memory recall is improved.

The study, published this month in Cell Reports, focuses on the protein FXR1P, or Fragile X-Related Protein 1. Like many proteins, this one doesn't seem to do much to the cell directly, but rather it regulates the activity of other genes and proteins by controlling whether and how much they are made.

What makes FXR1P fascinating as a regulator is that it doesn't control some random assortment of genes; it seems to specifically chaperone proteins we already know are associated with memory formation. FXR1P is a brake protein, stopping us from building too many memory-critical proteins. So, if the researchers suppress formation of FXR1P, it can't suppress the production of memory-forming proteins, thus increasing memory potential — at least in mice.

These study findings have provided fundamental knowledge about how the brain processes information. A new pathway that directly regulates how information is handled has been identified, and this could have relevance for understanding and treating neurodevelopmental and neurodegenerative diseases.

For example, by manipulating FXR1P, we could decrease certain brain activity in autism or enhance the activity in Alzheimer's disease, thus improving the quality of life of people suffering from brain diseases.