The most common violations committed by Texan hunters 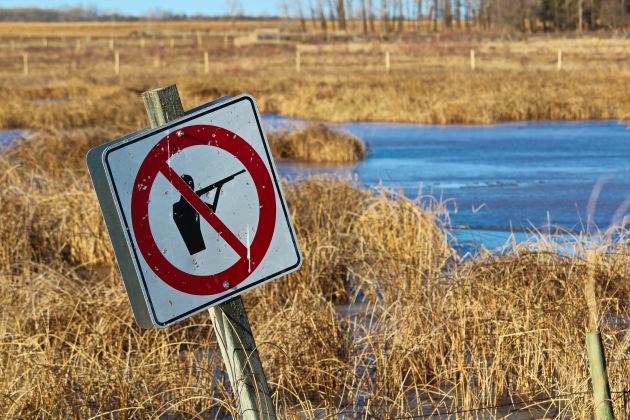 Aside from a few bad apples, most hunters are honest and law-abiding citizens. That being said, game wardens in Texas still cite countless hunters for various hunting violations each year.

Some of these hunters slip up in the heat of the moment and unintentionally commit a game violation. Others are truly ignorant of the law. Regardless, it is up to us as hunters to know the law and act in a responsible and ethical manner while we’re afield.

With that in mind, here are a few of the most common violations people get cited for each year that you should pay close attention to.

Hunting Without A License

It should go without saying, but I’ll say it anyway: make sure you always have the proper hunting license, endorsements, and tags before you head afield. If you’re hunting doves, you’ll need a Migratory Game Bird Endorsement as well. In addition to all that, you’ll also need a Federal Duck Stamp to hunt waterfowl like ducks and geese.

At the same time, every hunter born on or after Sept. 2, 1971 must successfully complete a Hunter Education Course and carry proof of certification (or proof of a one-time deferral) with them while hunting.

It’s a common misconception that a hunting license is not required to hunt hogs. True, the regulations do make an exception for hunting depredating feral hogs and coyotes on private property without a license.

However, it’s always better to be on the safe side and have a license rather than have to prove to a game warden down the road that you shot a hog that was actively destroying crops.

Not Properly Validating Your Tag

Immediately after harvesting a deer, you must fill out the back of your tag with the ranch /wildlife area and county where you harvested the deer. Then, cut out the date and month of your hunt on the tag, immediately attach the tag to the deer, and complete the log on the back of the license itself.

Quite honestly, this is something many hunters simply forget to do because they got caught up in the heat of the moment after harvesting a deer. However, you can get in big trouble for possession of an untagged deer.

So, just make a point of filling out the tag and attaching it to the deer as soon as possible so you don’t forget and end up paying a fine for it later.

Always ensure that you positively identify any animal and what’s behind it before taking a shot. That’s the safe and ethical thing to do, and can keep you out of hot water with the law as well.

I was talking to some game wardens a few months ago and they told me a story about a guy who shot a Desert Bighorn Sheep because he thought it was an Aoudad. Even though he self-reported his mistake to TPWD, he still got in serious trouble and ended up paying a massive fine for his mistake.

While that’s an extreme example, other cases of mistaken identity are much more common. For instance, it’s not unusual for hunters to misidentify a waterfowl species and accidentally exceed their bag limit.

While those are some of the most common violations, they are far from the only things that can get you in trouble. For that reason, I highly recommend reading the regulations in detail before going hunting and carrying a copy while you’re afield.