The mechanism of caries and the anti-caries action of fluoride 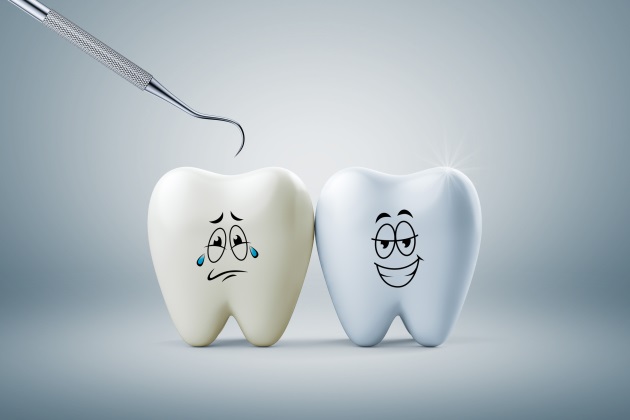 At present, around two-thirds of U.S. households have fluoridated water in their houses. The CDC has made nationwide fluoridation of drinking water a top priority for the prevention of cavities.

Additionally, fluoride is a common ingredient in tooth varnish or gels, mouthwashes, prophy paste, and toothpaste, with an aim to reverse tooth decay.

We know our mouths house trillions of bacteria, which can form microcolonies on our teeth. When these microcolonies coalesce, it makes a layer of dental plaque.

However, bacteria have a hard time getting into the tooth because of the outer layer of the tooth, called enamel, which is made of a hard substance called hydroxyapatite. Hydroxyapatite is a type of calcium phosphate crystal with the chemical formula Ca10(PO4)6(OH)2.

When bacteria on the tooth surface start to grow, they break down sugar in foods and drinks and release acid as a waste product, which can cause the enamel to break down. Without hydroxyapatite, the tooth enamel can become weak and allow bacteria to enter, causing permanent damage — this is called a cavity.

If left untreated, the bacteria can infect the root of the tooth resulting in pain. This is where fluoride comes in.

Fluoride also accumulates in your teeth over time. So, while fluoride treatments are useful throughout your life, treatments are generally more important during childhood and adolescence. This is why fluoride varnish and gels for children are becoming more popular in recent days.

According to a meta-analysis that looked at 20 studies exploring the effects of fluoridation of drinking water on cavities in children, fluoride in the water leads to a 35% reduction of tooth decay in baby teeth and a 26% reduction in tooth decay of permanent teeth.

Another meta-analysis looked at 22 studies exploring the effect of applying a fluoride varnish to children's teeth every 3 to 6 months at the dentist’s office found a 37% reduction in baby teeth and a 43% reduction in tooth decay in permanent teeth.

A third meta-analysis looked at 25 studies focusing on fluoride gel treatments given at least one time a year at the dentist’s office, generally to children older than 6 years old, which showed a reduction of 28% in tooth decay. A fourth meta-analysis looked at 35 studies that the effect of fluoridated mouth rinses given daily to every other week, and found a 23% reduction in tooth decay.

What the findings mean

If we look at meta-analyses of studies that focus on fluoridated toothpaste, it’s clear that it reduces tooth decay and that the effect is stronger with higher fluoride concentrations in the toothpaste, higher frequency of tooth brushing, and supervised brushing.

This was further supported by another meta-analysis that looked carefully at the amount of fluoride in the toothpaste.

Now, while fluoride can be toxic at doses well above those used for dental hygiene, the main concern with using fluoride has generally been fluorosis. Fluorosis is not a disease, but rather a cosmetic condition caused by overexposure to fluoride. Mild forms of fluorosis are common, with up to 41% of children and adolescents having some form of it.

It usually takes the form of subtle white patches on the teeth that are barely noticeable. In moderate to severe cases, which occur in less than 2-4% of the population, there can be significant mottling of the teeth with brown staining. While fluorosis is not generally a health concern, it can lead to social stigma.

A meta-analysis of 25 studies looked at whether brushing teeth with fluoridated toothpaste is linked to fluorosis and found that brushing the teeth of infants under 1 year old may increase the risk of fluorosis, but that relationship was weak.

There was a stronger relationship for children between the ages of 12 months and 6 years of age. If these children brushed with a toothpaste that was higher than 0.1% fluoride or more, they had a 30% chance of developing mild fluorosis.

Tooth decay and dental cavities are leading health concerns around the world. In general, fluoridation of the water supply, and applying fluoride to the teeth via tooth varnishes, gels, mouth rinses, and toothpaste has helped decrease tooth decay.

While fluoride is generally considered safe at the concentrations used in fluoridated products, overexposure can lead to fluorosis. In some cases, risking fluorosis may be preferable to risking tooth decay in children at high-risk for tooth decay. So, it may be beneficial to discuss treatment options with your dentist.

In addition, the American Dental Association recommends preventing overexposure by brushing children’s teeth with only a grain-of-rice-sized smear of fluoridated toothpaste from when the teeth begin to erupt to about 3 years of age, and up to a pea-sized bead of toothpaste for children over 3 years old.

For children that are old enough to brush their own teeth, it’s also a good idea to monitor their brushing to decrease the likelihood that they swallow the toothpaste, which can also lead to overexposure and fluorosis.

The use of fluoride varnish in children could be even better as it may reduce the chance of frequent exposure to fluoride, thus reducing the risk of dental decay more than any other form of treatment.