The mark of a successful bus trip 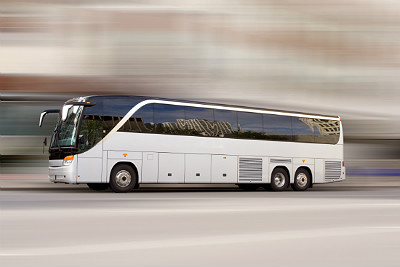 I have just returned from a successful two-day trip out to Wisconsin. It was made successful by several factors, and they all had to work hand-in-hand for it to be that way.

The only issue we had was that I got close to my daily driving limit, and I wasn't sure if the group leader knew that. When he planned the trip he forgot to allow for the time it takes me to get from my base to the first pickup location. This should not have been a problem, but I got stuck on the way there and it took an extra 15 minutes.

Anyway, I arrived at the pickup location, and I realized I had been here before last year. I wondered if it was going to be the same guy leading this trip as the last one. I didn't have long to wait though. I was early and so was he.

The smile on his face when he saw it was me driving was enough to make the trip worthwhile. He was happy to see me, and as we loaded he told me that a lot of the kids I had taken last year were going on this trip as well, and they had asked if I was driving.

Once the kids arrived, there were a lot of happy faces around when they realized I was their driver for the next two days. We set off and it was a long haul from our starting point to the first stop, but there were no complaints and the kids were happy to be on the trip.

All through the day, there was someone talking to me and asking me different questions. It made the drive go that little bit faster.

At the first stop, the group leader made sure I had something to eat. He had arranged box lunches for the kids to eat on the bus and had ordered extra just in case, so he made sure I had one while I waited for them to return.

The drive down to the first place they were visiting was well thought out with no stops, and they had called ahead to make sure that there was a parking place coned off for me. While the group was visiting the place, the guide made sure I had a drink and something to eat.

They were not sure how long they wanted to visit as they had no other commitments that day, so the guide took my cell number and called when they were ready to leave so I was able to have the bus ready to collect them.

The next leg of the trip passed almost as fast as the first. Once we arrived at the hotel, the group leader told me that he had already called ahead and there was yet another parking space put aside for me. I was expecting something at the back of the hotel, but it was right at the front by my room window. They had also arranged for an outlet so I could plug in the coach overnight to keep the engine warm.

Day 2 dawned way too quickly for me, but the leader was nice again. Once we had loaded up and traveled the short distance to their next visit, he informed me that they would be there for most of the day and not to worry about them needing the coach. This was music to my ears as I was able to take a nap and wake up refreshed for the trip home.

They loaded the bus quickly, and after an even quicker head count, we were off for the long trip back home.

Along the way, a few of the kids had found out a little about my background and wanted to quiz me on the differences between driving a bus in England and the States, and I was only too happy to answer them. They asked me so many questions but never repeated any, nor did they get annoying with them.

Once we arrived at the drop-off point, I took the time to say to everyone on the coach that I had really enjoyed the time with them, and I hoped they had as well. This got a cheer from everyone and a big smile from the group leader, who then asked if I was able to drive them for three trips that they had planned for the summer.

I replied that he would need to talk to my boss about that as I did not control where I went. I got in Monday morning to find that he had sent a text to my boss asking for me to drive all of their future trips.

Yes, a successful trip for everyone involved.