The long-term effects of Facebook’s scandals 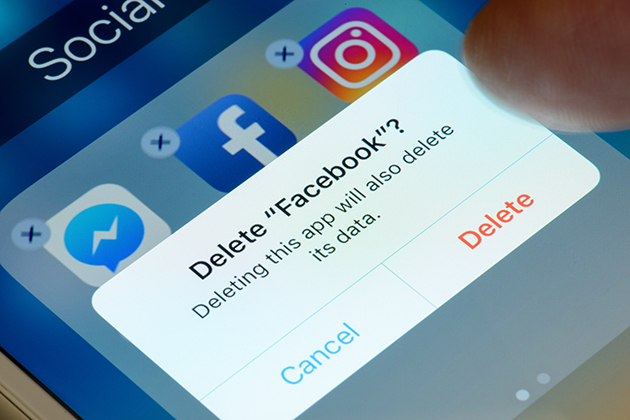 Facebook lost its cool factor a while ago. Back in 2016, Snapchat became teens’ favorite social network, and it’s remained there ever since, according to 2018 eMarketer data. For all other generations, including millennials, Facebook remains the most used social network.

That’s not to say all is well. Facebook only grew its daily users by 1.44 percent in Q2 of 2018, compared to 3.42 percent growth in Q1. That’s the company’s slowest quarter-over-quarter growth ever. Other research corroborated that people may be pulling back from Facebook a bit.

Earlier in the year, in February, a third-party research firm found the number of Americans using Facebook was down by 5 percent (from 67 to 62 percent).

And that was before the Cambridge Analytica data scandal in March. As a refresher, over 70 million U.S. Facebook users had their data harvested in 2014 after taking a personality quiz by Cambridge Analytica, a political firm that was hired by President Trump’s campaign.

Six months after the fact, that skepticism and apprehension about Facebook turned to action, according to Pew Research from spring 2018.

More than half (54 percent) of Facebook’s adult users have adjusted their privacy settings. Nearly half (42 percent) said they took a break from checking the platform for several weeks or more. And more than a quarter (26 percent) said they deleted the Facebook app from their phones.

All told, nearly three-quarters of Facebook users (74 percent) took one of the above actions since the Cambridge Analytica scandal.

No matter how you slice and dice it, people are much more sensitive and conscious of what they share on Facebook (and who can see it). Also, with more people taking a break from Facebook, many users may find how refreshing and freeing it is to get that time back.

The latest study shows the average individual spends over 100 minutes a day on social media. Plus, additional research has shown the use of multiple social media sites is more strongly associated with depression and anxiety.

In short, once users take a break from Facebook, they may not come back at all. Or if they do, it’s very likely they’ll spend less time there.

Though, with your brand already seeing such a sharp decline in organic reach and engagement on Facebook, perhaps that’s not the end of the world.

Instagram, for now, continues its astonishing growth. The platform now has over one billion users as of June this year, which means they doubled their user base in just two years. So, you could invest more in that platform.

Or you could amp up your email marketing, which has proven its ROI time and time again. Plus, you own the list, which means you’re less affected by those pesky social media algorithms.