The loneliest road in America 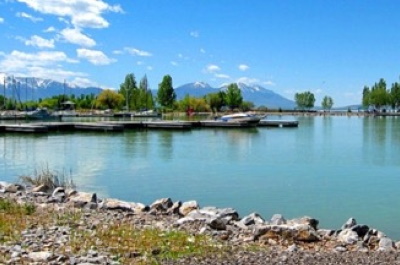 Our stay in Provo, Utah, at the lake was very relaxing; we enjoy being among the Mormon people, as they are very friendly and outgoing. While in Provo, a phone call led to a wonderful afternoon meeting with a glass of wine, sociable conversation, and a renewed friendship with Orem residents Dr. Lou Jensen and Tamaree Littlefield.

After many years, we are heading back to California for a visit. Our destination is the east side of the Sierra Nevadas: Tahoe, Mono Lake, Yosemite, and Stanislaus Forest. But first we must cross the vast desert land called Nevada.

We have selected the “Loneliest Road in America” — Highway 50 — as our travel companion, a distance of about 600 miles from Provo to the California border below Carson City. U.S. 50 is an incredible road, and a driver should be prepared for long distances between towns, high mountain passes, and winding narrow roads with many hairpin turns and no shoulders or guardrails.

There is just wild, beautiful high desert country. If you prefer speed, we suggest taking I-80 from Salt Lake City.

With a full tank of gas and extra drinking water, we headed south on I-15 connecting with Utah 6, which took us through Eureka and Silver City into ranch country. Here there is tall grass, wire fences, grazing cattle and pick-up trucks.

The road stretched endlessly on, straight ahead across the wind-blown Sevier River Valley and the Little Sahara National Recreation Area. It is here that a plentiful sand source and strong prevailing winds have combined to create Little Sahara, one of the largest dune fields found in Utah. Most of the sand at Little Sahara is the result of deposits left by the Sevier River, which once flowed into ancient Lake Bonneville some 15,000 years ago. 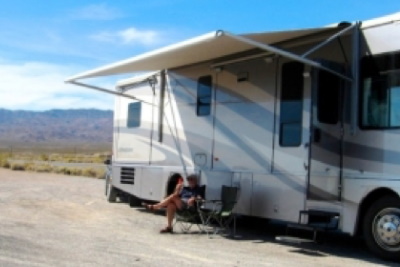 After the lake receded, the southwesterly winds that blew across the Sevier Desert picked up the exposed sand. Sand Mountain, in the middle of the dune field, deflected the wind upward, causing it to slow and drop its capacity of sand.

Sand particles, composed mostly of quartz, fell downwind among the sagebrush and Juniper surrounding Sand Mountain, ultimately creating a 124 square-mile system of giant free-moving sand dunes. It is quite a sandbox for kids of all ages.

Traveling south, the landscape is brown in all directions from lack of water; however, to our surprise as we approach the tiny village of Lynndyl, a green valley opens before us, a valley of farmers and ranchers.

It’s a wonder what a little water can do; without water life ends. Several miles further south, we pass the source of this vegetation, the blue waters of the DMAD Reservoir.

Beyond Hinckley looms a mountain range and Skull Rock Pass. Twisting and turning, we climb to an elevation of 5,246 feet. The pass is named after a large boulder to the south with indentations similar to that of a human skull. Gypsy rolls over the summit with no effort and we begin our glide down into a long grey brown valley towards a place called “Nevada” and the Great Basin National Park.

Nevada comes from the Spanish word “snow-capped” and most easterners pronounce it wrong. The people of Nevada pronounce the name using the “ae” vowel while “foreigners” pronounce it with a “a” sound as in “father.” Nevada lies within the Great Basin and is largely desert and semiarid countryside.

Officially, it is called the Silver State due to the importance of silver to the economy and the checkered history of the state. This harsh land was the home of the Paiute, Washoe and Shoshone tribes.

Today, 86% of the land is owned by various government agencies, including federal gun ranges for our military. Over two-thirds of Nevada's people live in Clark County, which contains the Las Vegas metropolitan area where the state's three largest incorporated cities are located. Nevada legalized gambling many years ago, it is a tourist haven, and the only state in the union where prostitution is legal.

In the town of Delta, a small community of about 4,000 people, we connect with U.S. 50, which stretches from Sacramento, California, all the way to Ocean City, Maryland. A few miles outside of Delta, we got our first glimpse of the enormity of the land we were venturing in for the next 500-plus miles.

We are interested in the Nevada section known as the “Loneliest Road in America.” It is here we begin our new journey — the westward wagons on the Pony Express trail. Riders rode southwest into Nevada near Deep Creek Station and the Great Basin.

The Pony Express has fascinated Americans since its first rider hit the saddle in April 1860. The legend of the pony-rider may overshadow its brief history, but the bold founders and brave riders help spread important news and bound the east with the west, a nation torn apart by slavery and states’ rights.

Mark Twain admired these courageous men and said, “The pony-rider was usually a little bit of a man, brimful of spirit and endurance.” The loneliest road in America is the same road brave pony riders followed alone on a fast horse. Driving along the route in my motor home, I could only marvel at the fearlessness and determination of those young riders back in 1860.

We entered Nevada and our first community was Ely, near the Visitor Center of the Great Basin. Wheeler Peak stands bold and unmovable at 13,063 feet. Beyond it is 77 miles of desolate, uninhabited, bleak, barren land.

There is nothing but an unwelcoming and harsh desert. The desert of central Nevada is, for the most part, unforgiving and remote yet has a silent grace, a peacefulness that remains unbroken but for historical sites and a two-lane highway that goes on and on.

Highway 50 crosses the center of Nevada through some very forsaken areas and towering mountain passes exceeding 7,000 feet over lonely empty valleys. At the time we crossed the state, the road had little or no civilization or services and cellphone connections were far and few between.

We realized we had no services of any kind for many miles and there was not a house to be seen. Yet along the way we found historic sites, alpine forests, dry desert valleys with very hot temperatures, and ghost towns where mines have gone bust.

We are traveling just south of the Pony Express route, crossing one ridge after another until we enter the tiny community of Eureka, a well-preserved old mining town that includes a newspaper publishing house and an unbelievable beautiful opera house. We rest among the townsmen and enjoy a hot meal.

Tomorrow is another day, another day of exploration and adventure; but for now, we rest.