The learning power of breakfast 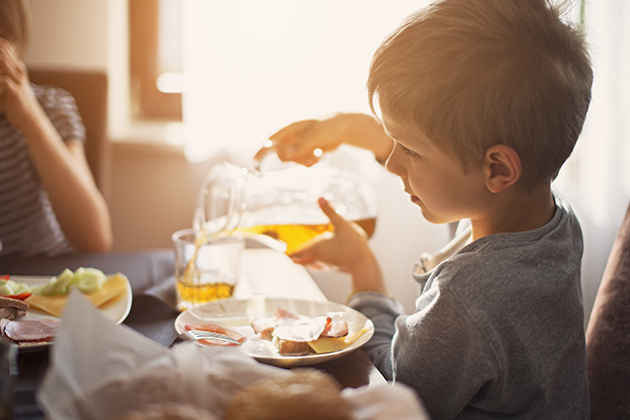 Many mornings as a school principal, I feel like I am fighting a losing battle with my students with regards to breakfast. They say it is the “most important meal of the day,” yet it is obvious to me that many of my students don’t see it that way.

Last spring, I surveyed the 700 students in my New Hampshire high school and found that 25 percent of my students report rarely or never eating breakfast before school. Another 30 percent report that they skip breakfast 2-3 days per week.

Sadly, only 33 percent of my students report eating breakfast every day. This statistic is at the higher end of the national trend.

According to experts at HealthyChildren.org, 8 to 12 percent of all students in grade school (kindergarten through 8th grade) in the United States do not eat breakfast. By the time students are in high school (grades 9-12), this number rises to 20 to 30 percent.

In an effort to turn the tide on this problem, our school cafeteria stepped up its breakfast offerings. Students surveyed reported that they wanted to see more options such as breakfast sandwiches, fresh fruit, and yogurt cups, and fruit smoothies. We added these, but they still haven’t come. 89 percent of my students reported in the survey last spring that they rarely or never buy breakfast at school.

A recent article from VOA Learning English explored how eating breakfast correlates to increased academic achievement in school. The article referenced a 2015 Cardiff University, Wales study that tracked the breakfast habits of 5,000 9-11 year olds in 100 primary schools in the U.K.

The study concluded this: "Students who ate a healthy breakfast were twice as likely to perform above average in educational activities. The researchers also found that unhealthy breakfasts — such as potato chips or a donut did not appear helpful to educational performance."

In the United States, the No Kid Hungry campaign sponsored by the Share Our Strength organization has numerous resources on their website related to the importance of breakfast. The organization reports, "The simple act of feeding kids a healthy school breakfast can be associated with dramatic potential long-term impacts, including positive, large-scale outcomes in education, economics and health."

The group went on to cite research that found that "schools that serve Breakfast After the Bell have higher breakfast participation, lower chronic absenteeism and improved test scores. Better performance and attendance at school can lead to greater job-readiness and self-sufficiency after high school."

My working theory of why so many of my students are skipping breakfast has less to do with their lack of interest in breakfast and more to do with the time of day that breakfast is offered. At my school, the bell for first period rings at the early hour of 7:20 a.m.

The No Kid Hungry organization has a full set of resources on their website dedicated to breakfast after the bell options. It writes, "The School Breakfast Program ensures that kids get the nutrition they need to learn and succeed in school. A student that eats school breakfast is more likely to do better on standardized tests, attend class more frequently and have less behavioral issues, which leads to greater job-readiness and self-sufficiency after high school. The most effective way for students to get a healthy breakfast is to make it part of the school day. Models such as Breakfast in the Classroom or Grab and Go to the Classroom result in the greatest gains in school breakfast participation. Use the resources below to implement an effective Breakfast After the Bell program."

This may be the next logical step for me, and it may be something that could work for you in your school, too.