The latest in mid-engine sports cars: Would you choose foreign or domestic? 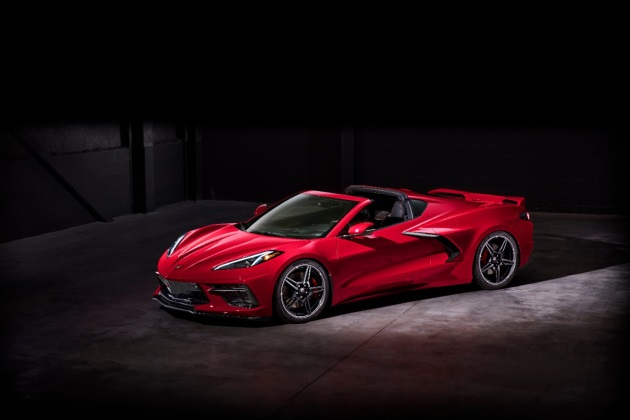 The C8 Corvette, new for 2020, is the first mid-engine model in the iconic car's history. (Image: Chevrolet)

Like wine and cheese, we are often asked if we prefer foreign or domestic when it comes to our automobile preferences. I have normally favored products made here in America to support the national economy, yet 21 of the 28 cars I’ve owned in my lifetime originate from outside our borders.

And today I find myself with a challenging quandary. To fully appreciate my dilemma, you’d need to know a little more about my automotive upbringing. I was raised in the sixties on muscle cars — Ford, Chevy, AMC and Mopar —with big V8 engines, steamroller tires, Holley four-barrel carburetors and Hurst shifters.

Due mainly to the oil embargo in the following decade, car enthusiasts like me were forced to consider economical alternatives. It was then that I learned quarter miles were not the only way to measure the performance of a car. So, I started looking at smaller, lighter and efficient substitutes for what I’d grown accustomed to.

At the time, American manufacturers had very little to offer in this arena. The Big Four (General Motors, Ford, Chrysler and American Motors) scrambled to produce what are universally considered to be some awfully dreadful products. Don’t make me list them because we’d all rather forget.

Good can come from bad, and eventually they bounced back — design, efficiency, quality and variety evolved. And each of the Big Three that survived built retro versions of the very cars that roamed my adolescent neighborhood. But by the time they had risen from the ashes, I had regrettably lost the desire to own or drive any of them.

In my search, I discovered cars that handled better while providing a reasonable rate of return in gas mileage. British and Italian sports cars were too much trouble to maintain and most German marques were well out of my league. So, I settled on a variety of Japanese imports whose transmissions were paired with their motors under the front lid.

Porsche has always built sportscars that took corners exceptionally well, while generating a healthy acceleration due in part to their relative weight. But it’s only been in the last ten years that I could afford any of them. I fell hard for the mid-engine design of the Porsche Cayman, and I’ve owned two — a 2009 base coupe and now a late model 718.

I think the updated design of the 718 Cayman is the best Porsche has ever produced. But if I’m being honest, it falls a bit short in the get-up-and-go department. It’s not that it doesn’t step out quickly once the four-cylinder turbo spools up, it just struggles too hard to get there. I confess that I miss the glorious flat-six motor in my first Cayman.

My plan was to keep the 718 until Porsche released their infamous GTS variant, praying that they would confirm the earlier rumors of a six-cylinder plant. I was ultimately disappointed when the 718 GTS was finally released with a more potent engine — but still a turbo four, so I put the brakes on any upgrade I was considering.

Meanwhile, American manufacturers had fully recovered and were cranking out models that might have appealed to me had they been around earlier. But it was tough to consider a Mustang, Camaro or Charger after being away from that genre for so long. And I had found that Porsches are very satisfying to drive, even if they are costly to maintain.

The only American car that ever seriously tempted me was the mid-eighties Corvette C4. It was released when I was driving a Honda Civic, and I remember thinking that Chevrolet had made a courageous move when they introduced this completely new model to an established clientele. I was thoroughly captivated, but it was well out of my reach.

Like many manufacturers, Chevy continually updated the original C4, and I was regressively attracted with each release until I lost interest entirely. But now Chevrolet has the radically new Corvette C8 — the first ever with a mid-engine layout. Equipped with a 6.2 liter naturally aspirated V8, it produces nearly 500 horsepower.

For me, this is a gamechanger — a complete departure from the old and predictable. As they had done with the C4, Chevy designers and engineers have again managed to build something from scratch that captures the essence of previous iterations, while the C8 is completely nothing like anything Chevrolet has ever produced.

This new introduction is a Made-In-America mid-engine supercar. And a relative bargain when you consider it is 90% of competition many times its price tag. I must confess that I am intrigued and very nearly spellbound. I had long given up on owning this American icon, yet the possibility is practically tangible.

This brings me to the problem I hinted at earlier. Porsche has just now announced the new 718 Cayman GTS 4.0 available in the same timeframe. And finally, with an improved version of the flat-six I’ve missed since trading in my 2009 Cayman. I am paralyzed with indecision — whether or not either is within my financial grasp. 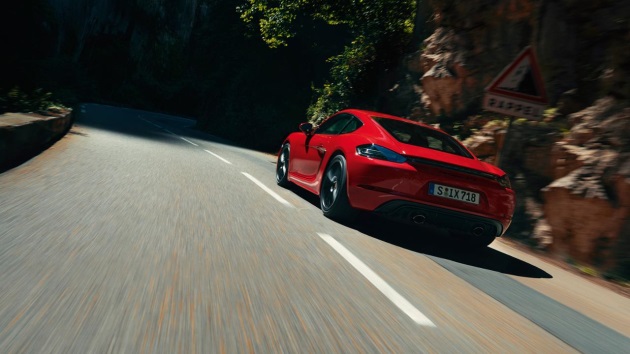 Consider my predicament for a moment. Like all automotive enthusiasts, I am forever fantasizing about the next car that could potentially occupy my garage. Pondering the “what if” scenarios, I am perpetually ready to spend an impending financial windfall. But if the prospect were reality, which would I choose?

On the one hand, I could have the car I’ve been daydreaming of since I bought my first Cayman — the best options and performance packages with the same design that stirs my soul every time I step into the garage. A refined and stunning style that holds the road as if on rails, and a powerplant more than worthy of the packaging.

Then again, I could enjoy the fusion of my past and the future — a genuine mid-engine muscle car with an exclusive American pedigree. A blend of the best engine configuration ever conceived — sitting immediately behind my right ear just begging to be thrashed around the same twisting back roads I’ve enjoyed with my Caymans.

Though similarly configured, these are two cars that otherwise have nothing in common – yet I desire them equally. The 718 Cayman GTS 4.0 is refined and styled attractively with legendary functionality. But the Corvette C8 is brutishly fascinating. The profile appears hyper-fast at complete rest, without being excessively flamboyant.

You will never see these two vehicles in a head-to-head assessment of any kind, but modestly equipped they are also closely priced. Meaning, if I had $100,000 in my pocket, I could walk away with either of them configured to my liking and be entirely content with the transaction. This does not help my decision at all.

With the announcement of the Corvette C8, Chevrolet has established a modern mid-engine design and unknowingly linked it to the very foundation of my automotive origins. An impressive accomplishment considering I’ve spent the last 10 years with the Porsche brand, and hadn’t been looking to challenge that relationship.

And now I’m concerned of succumbing to an impulsive choice. I can envision innocently attending a Cars and Coffee event and being mesmerized by either model, and then talking myself into procurement. The probability of this happening is quite real — never mind the financial reality of a car payment larger than my mortgage.

Every vehicle purchase for me has been an investment originating from my core. And since I’m not in the position to have both, I also know that addition would only occur by subtraction. Consequently, selecting one over the other means I would eventually regret my final choice. Irrespective of which one came home with me.