The increasing health benefits of walnuts 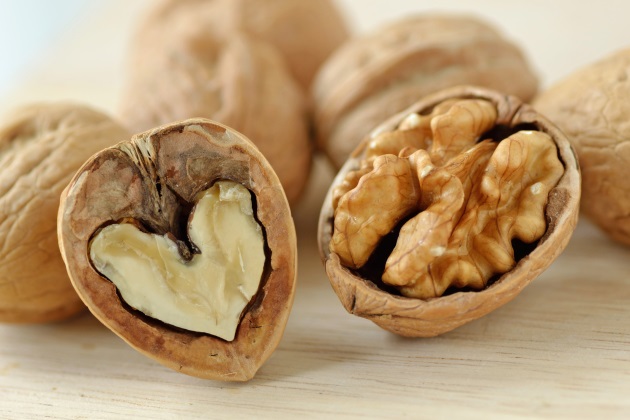 Based on several research studies, walnuts may be thought of as the superfood of nuts. A few years ago, studies indicated that a diet including walnuts may have a beneficial effect in reducing the risk, delaying the onset, and slowing the progression of, or preventing Alzheimer's disease.

In their clinical trial, changes in gene expression in the surgical specimen compared to baseline were determined in each individual woman in walnut-consuming (n=5) and control groups (n=5). RNA sequencing expression profiling revealed that expression of 456 identified genes were significantly changed in the tumor related to walnut consumption.

A Penn State study, one of the first to try to uncover which parts of the walnuts help support heart health, showed that eating walnuts also may help lower blood pressure in patients at risk for cardiovascular disease. Walnuts contain alpha-linolenic acid (ALA), a plant-based omega-3, and the researchers wanted to pinpoint whether the major contributor to heart health was ALA or other bioactive components, such as polyphenols.

All three diets substituted walnuts or vegetable oils for 5% of the saturated fat content of the run-in diet, and all participants followed each diet for six weeks.

Each treatment diet had a positive effect on cardiovascular outcomes, but the diet with whole walnuts provided the greatest benefits, including lower central diastolic blood pressure, in contrast to brachial pressure.

According to Penny Kris-Etherton, distinguished professor of nutrition at Penn State, walnuts are a good substitute for saturated fat. Instead of reaching for fatty red meat or dairy products for a snack, we should consider having some skim milk and walnuts.