The amazing health benefits of chocolate 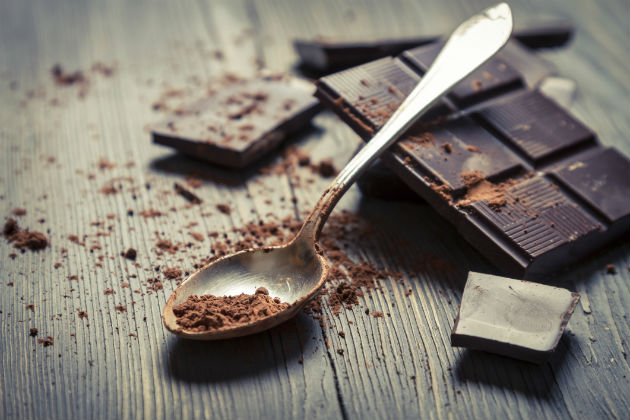 Research has shown health benefits in the regular consumption of chocolate. However, it depends on the chocolate. The sugary, fat-imbibed cocoa confection most often consumed is far different than the cacao bean drink used for medicinal purposes in ancient cultures. But if the sugar is limited and the milk omitted, a dose of dark chocolate can be considered healthy.

The cacao beans from the cacao tree (Theobroma cacao) are used to make chocolate. Theobroma means "food of the gods" in Greek. The earliest evidence of cacao consumption is estimated to be between 1400 and 1100 B.C. when Mayans and Aztecs in Central and South America used the beans in a room-temperature drink for ceremonial and medicinal purposes.

How did chocolate take its current form? During the Industrial Revolution era, Swiss inventor Rodolphe Lindt developed a process to solidify the chocolate by adding cocoa butter. The often bitter beverage morphed into a delicacy.

By 1875, Daniel Peter had established a method to combine milk and cocoa powder to make what we consider milk chocolate. He combined this expertise with Henri Nestle, who had a line of baby formula products to form the company still internationally recognized — Nestle.

In their meta-analysis review of published literature in 2009, Steffen Desch, M.D., and his colleagues from the University of Leipzig-Heart Center in Germany found that chocolate does contribute to the lowering of blood pressure. They also concluded that more research is needed to determine what amount and frequency of consumption is ideal.

Dark chocolate seems to benefit those with cardiovascular risk factors by having acute and short-term effects on the endothelial function of vessels. The positive effects are attributed to flavonoids in foods and the flavonoids act to increase nitric oxide bioavailability, which is important for vascular and cardiac health.

While more research is needed, the increased benefit to the cardiovascular system was shown to translate to an increase in functional abilities for those suffering from peripheral artery disease in a recent study published by the American Heart Association. But only dark chocolate did the trick.

Lorenzo Loffredo, M.D., and his team from the Sapienza University of Rome investigated whether dark chocolate could improve walking function in those with peripheral artery disease. They looked at the blood levels of nitrites and nitrates, maximum walking distance and maximum walking times with the regular consumption of either dark chocolate with 85 percent cocoa or milk chocolate with less than 35 percent cocoa. They found improvements from chocolate but only in the group consuming dark cocoa.

This is in contrast to work by Alexandra Hammer, M.D., and her colleagues from the Medical University of Vienna. In comparing dark chocolate to a cocoa-free chocolate, they found no measurable signs of difference between the one-time dose of cocoa compared to the one-time dose of a product not containing any cocoa.

There is further evidence of health benefits of cocoa products containing little sugar and no fat. How much and how often to use such a food is not clear. But in the meantime, cocoa "pills" in the form of dark chocolate confections are ones that most of us would have little trouble swallowing.