The growing need for psychiatric EDs 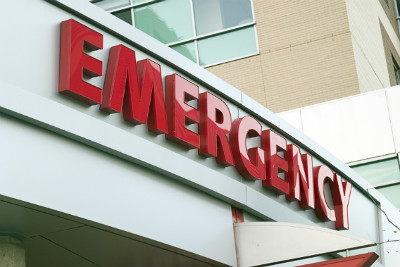 In 2010, there were 129.8 million emergency department visits. However, not all of these visits were injury-related.

A January 2012 American Hospital Association TrendWatch reported that there were more than 5 million visits to EDs by patients with a primary diagnosis of mental illness (or a substance abuse disorder). According to a study from the Carolina Center for Health Informatics at the University of North Carolina at Chapel Hill, nearly 10 percent of ED visits in North Carolina from 2008-2010 were for mental health diagnoses. Even more alarming, the rate of mental health visits has increased seven times more than overall ED visits.

So what happens when a person with a psychiatric emergency goes to the ED?

In Los Angeles, for example, psychiatric patients walk into an ER, and if the hospital doesn't have psychiatric services — and most don't — a doctor will ask the county mental health department to dispatch an evaluation team. Patients who are a danger to themselves or others, or are gravely disabled, may then be placed on a 72-hour holds.

When the process works smoothly, the patients are then transferred to psychiatric facilities for treatment. But the process often doesn't work that way. More often than not, evaluation teams take more than 24 hours to respond, which exceeds the hospital’s legal authority to hold psychiatric patients. If there is no space at psychiatric facilities, patients remain stranded in ERs until the hold expires, a process known as "boarding." A facility in South Carolina recently made national news after keeping such a patient for a stunning 38 days.

Moreover, in psychiatric emergencies, EDs are not always safe. In early 2013, a young woman shot and killed herself in an ER in Silver City, N.M. She had been searched, stripped of her clothes and left alone in the room — with her loaded gun.

According to a report by the Emergency Nurses Association, many caregivers in the ED do not feel comfortable in providing care for emergency psychiatric patients, which often results in inadequate care. Contributing factors include:

What is the answer?

Psychiatrists are generally either onsite or readily available, although many different models exist. In some cases, CPEPs are an extension of a healthcare facility's medical emergency department. St. Joseph’s Hospital in Syracuse, N.Y., operates a CPEP program within the hospital’s Emergency Services Building.

As demand for emergency care has increased, so has the number of mental health patients seeking services. In traditional EDs, these patients may wait for treatment. Specialized psychiatric EDs may serve that population quickly and efficiently, with prompt assessments and critical care.

Do you think psychiatric patients receive appropriate care at your ED?