The global forensic market is all set to grow 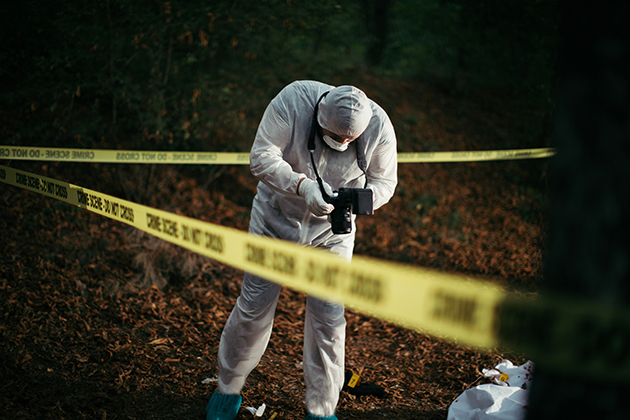 Limited budgets and red tape have made the job of fighting crime more difficult. But in the face of more sophisticated criminal attacks, we need more sophisticated forensic tools. There is a need to make industries immune from cyberattacks. It is especially tough since criminal enterprises have adopted new and emerging technologies faster than law enforcement.

The rising tide of crime needs to be stemmed. As a result, forensic technologies are rapidly evolving. Businesses, as well as law enforcement agencies, are pressing for better forensic techniques.

Forensic technology is used for identification, interpretation and assessment of the evidence. We see significant progress in DNA sequencing, facial reconstruction and automated fingerprint identification. Digital surveillance for gaming equipment is evolving quickly as well.

The increase in cybercrime has made both the public and private sector vulnerable to attacks. Governments are emphasizing the use of forensic technologies across various industry segments to prevent loss of money and data. We have new businesses coming up with more sophisticated tools to deliver better results.

The forensic technologies market has seen incredible growth and is expected to reach $46.74 billion by 2023. In 2017, the market value was approximately $24.17 billion.

The impressive figure was revealed by a Zion Market Research report. The researchers delved into the progress and demand to chart this growth path. According to the report, the market will grow at a CAGR of around 11.47 percent between 2017 and 2023.

Fast and reliable forensics are imperative for solving crime. The increasing use and application of DNA testing have opened the market further. It is now used to solve current and cold cases, reviving hope for many. It is also helping in tackling the immense backlog of cases that require forensic aid.

We see more agencies outsourcing evidence testing to expedite results. As a result, business has grown in both public and private sectors. The regulatory constraints for emerging technologies that have affected their growth in the past are being addressed as well. The report shows these developments in both global and regional levels.

The report segments the market on the type of applications, services offered and the region. The service segments include DNA profiling, biometric/fingerprint analysis, firearm and chemical analysis, among others. The application segments include biodefense and biosurveillance, judicial/law enforcement and pharmacogenetics.

North America is the most profitable market with Europe as a close second. Both continents have shown rapid adoption of new technology. They are also encouraging, promoting and funding more fundamental forensic science research.

The Asia-Pacific, Latin American and Middle-Eastern markets have yet to catch up, but they are expected to exhibit high growth rates in the coming years. Governments in the emerging economies, including Africa, are proactive in deploying new tools to fight crime. This has propelled the market growth of forensic technologies globally.