The gender gap is closing in schools, when will it translate to the workplace? 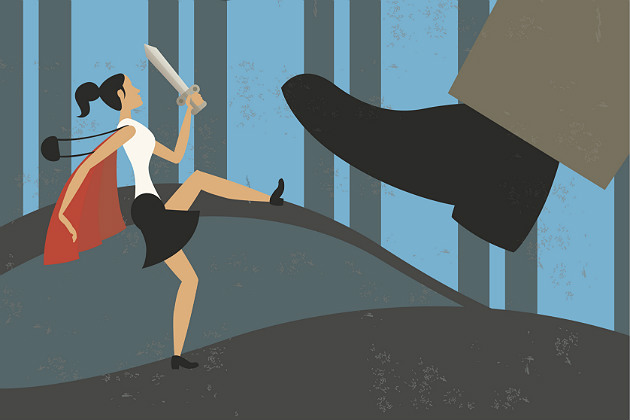 Despite the fact that our country is built on a foundation whereby "all" are created equal, a significant gender gap still divides us. Parenting blogger Ron Lieber recently stated that "the girls of America seem to know less about money than boys, earn less and have lower expectations for their earnings going forward" in his recent article for The New York Times, "The Wage Gap Starts With Less Knowledge, and Lower Expectations."

Lieber quoted recent survey data from investment companies like T. Rowe Price and Charles Schwab that validated our country's gender wage gap, but he suggested that parents are partially to blame for not instilling a higher sense of financial literacy in the home with girls. A lack of attention to money at a young age contributes to a gender equality issue that has plagued the workplace for generations.

The push to invest more in girls' education is not just a national priority, it is a global one. Hong Kong high school senior Megan Foo answers the question "Why Should We Invest in Girls' Education?" Foo sees the issue as a social one and argues that a lack of education of women leads to an increase in gender-based violence, economic paralysis and ill health in society. She goes on to argue that closing the gender gap in education will ultimately lead to economic growth and become a pivotal force for change in societies and communities.

Not all job fields feel the effects of the gender gap in quite the same way. One of the most significant gaps, for example, exists in the computer technology field. Mindshift blogger Katrina Schwartz discusses to the gender gap in technology in her recent article "How to Grab and Keep Girls’ Interest in Computer Coding." She notes the fact that nearly 57 percent of all undergraduates are women, but only 18 percent of computer science majors are women.

Experts suggest that the best way to get more girls into computer technology fields like coding is to grab their interest as early as middle school. There, the foundation can be laid by women programmers serving as mentors that coding is creative and girls can have a bright future as a computer programmer.

Rather than dwell on the gender gap that still exists in our society, many choose instead to look at the problem as one where we have made significant gains in the last generation. Entrepreneur.com recently published an infographic that suggests that "Women Win in the Classroom, Struggle in the Boardroom."

Our schools today are producing a generation of girls who are at least as academically successful, if not more so, than their male peers. Still, if our country is to reduce its gender gap in the workplace, then schools will need to become institutions that better support and motivate girls to pursue more rigorous and demanding career fields.

The answer is going to require us to take a systemwide approach to looking at how we respond to girls' needs, particularly at the early grade levels when the gender gap starts to make itself known in school.