Russ Landsdowne, an insurance adjuster, came to The Flying Circus to meet with the Hathaways, Henry and me. His company insured Glenn and Margaret Hathaways’ new Archer which I wrecked.

The local Piper distributor, Buzz Billing, was flying in to join us with his insurance adjuster to settle the accident claims. The five of us sat down in our office to talk before Billings arrived.

"According to our lawyers,” Landsdowne said, “the delivery of the aircraft to the new owners and the signing of the paperwork legally constituted the change of ownership. Since both of these things had been accomplished prior to the crash, my company will be covering for the accident. We don't have a problem with that," he continued. "That is what insurance is for."

Then he turned to the Hathaways. "The bad news is that your policy contains a $1,000 deductible on the hull damage," he said softly, "and your insurance premium for the year gets wiped out by the accident. If you intend to buy a replacement airplane with the settlement, you would require another premium."

"Oh, that's fine," both Hathaways said at once.

"We're just glad no one was hurt," Glenn added.

"And we want to buy another airplane," Margaret said quickly.

"Well, that's the spirit," Russ replied. "When the others get here, let me do the talking and we'll see if we can get some of your money back."

Buzz Billings had proven to be a blustery and self-serving aircraft salesman. He and I rubbed each other the wrong way. It didn’t help that he had been riding in the airplane when I crashed it.

Billings arrived with his adjuster. He was talking loudly as he cleared the office door, adamantly claiming that the ownership changed when the airplane was delivered and the paperwork signed.

“I have no responsibility for that crash. I will not pay any part of the settlement. My insurance company won’t either.”

He took a breath. Landsdowne spoke up.

"Well Buzz, there are some grey areas in this incident,” Russ said. “Why did you insist on the day of the crash that the delivery was not over until you were returned to your home base?"

“That has nothing to do with the aircraft’s ownership,” Buzz replied loudly. “How else was I supposed to get home?”

"Does your insurance company know about your refusal to provide a check ride for the new owners on the aircraft?" Russ asked.

"Their licences are valid for any single-engine, piston-powered airplane," Buzz said. "A check ride was not legally required."

He was right, but Russ wanted the adjuster for Buzz's company to know what kind of operation he was running. He saved the best for the last.

"According to the logbook, your mechanic signed this airplane out as being airworthy in Canada less than an hour flying time before the crash. Are you interested in debating who is responsible for the fuel line being loose?"

"My mechanic never touched that fuel line," Buzz said with exaggerated anger. "His signature is based on the FAA certification that comes from the Piper factory. Talk to them."

Russ pulled out the Billings Enterprises' invoice for the Archer.

"Then why have you added $500 for 'pre-delivery inspection'?

"The pre-delivery inspection does not include fuel lines!" Buzz declared.

Buzz's face was getting red. "When the airplane went down, your client owned it,” he bellowed. “If you're trying to duck coverage, you're not passing it to me."

"Well," Russ replied firmly, "I think the Department of Transport would be interested in an aircraft that was signed through your shop with a loose fuel line. So should your insurance company.”

He held up his hand to stop Billings from further blustering.

“Buzz, my company will pay for the accident, but I need some concessions from you in exchange for being kept out of it."

The salesman’s face turned redder but he was listening.

"First of all, give the Hathaways a $500 refund for your non-inspection. Second, pay The Flying Circus $500 airfare for your flight back to Toronto that you now claim was not part of the delivery. Thirdly, order and deliver a replacement airplane to the Hathaways at your distributor price which I guess is $5,000 less than they paid for the first one."

"No way!" Buzz exclaimed. He stood up as if to leave. "Come on," he said to his insurance adjuster. "I don't have to listen to this nonsense."

His representative stayed in his seat and called his bluff. "Before you go Buzz, think about this," he said. "We've established that you no longer owned the airplane at the time of the crash. That means you did not have insurance coverage on it. If any liability is assessed on your company, you would be paying out of your own pocket."

"That's ridiculous," Buzz snapped. "I pay you for liability insurance."

"That covers airplanes that your shop worked on. You say your mechanic never touched it. You're on your own. Russ has made you a good offer. I'll add that if your company is proven liable, it may be grounds to terminate your insurance coverage."

"You're trying to blackmail me! Yours is not the only insurance company."

"I know," his rep said, "but the insurance business is a small world. News of bad risk travels fast."

"Sit down, Buzz," Russ said smoothly. "This isn't going to cost you real money. Write me two cheques for $500. They will be coming out of profit on the first airplane that you didn't really earn and then order another airplane. I'll pay you for it right now, wholesale. We won't tell the government about your negligent inspection practices and Piper will think you are doing a great job selling their airplanes."

Buzz huffed and puffed some more but in the end he went for it.

Russ's insurance company replaced the wrecked Archer for $5,000 less than the cost of the original. He was kind enough to bury the Hathaway's $1,000 deductible in his company's savings. The Hathaways received $500 from Buzz. So did The Flying Circus. 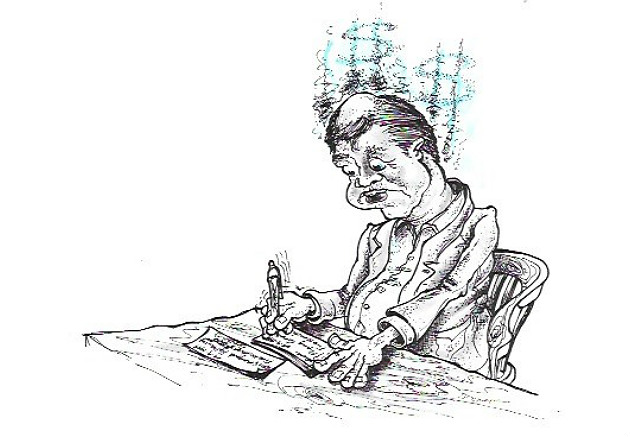