Examining the environmental impact of the California drought 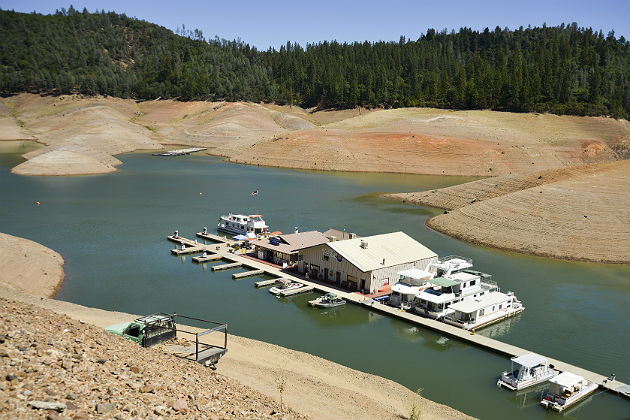 2014 was the driest year in the history of California since records were first maintained in 1885. Some researchers estimate that the year may have been the driest in the past 400 years, and the drought situation will only worsen in 2015. Experts predict the state's water reserves will hold out for another 12 months — at most.

With 38 million residents, California is the most populous state in America. It's fondly referred to as the breadbasket of the world, and it's no stranger to droughts. But California has not faced anything of this magnitude — 98 percent of the state faces drought conditions, with 32 percent being labeled as having extreme drought.

Let's take a closer look at how this drought is affecting every aspect of life in California.

The biggest — and perhaps permanent — damage that has happened is to the state's water table, as California's agriculturists have taken to drawing huge amounts from underground reserves. In southern coastal California, holes dug up to 1,000 feet are not yielding any water.

Domestic wells have gone dry and continue to do so at an alarming rate. Aquifers have been used up, and water in some of these began accumulating more than 20,000 years ago. It's gone now. Replacing it is going to be a slow process.

The state's snow reserves are depleted, standing at around 30 percent of the average. Snowmelt that would normally flow into the rivers has been affected. Also being affected are the state's minimum standards for ensuring water supplies for wildlife and fish in the streams and rivers. If less water is released from dams for use by wildlife, it will affect the quality of water downstream.

The slow river flows from upstream have led to an increase in salinity in the Sacramento-San Joaquin Delta. To contain the flow of saltwater from the San Francisco Bay into the delta, the California Department of Water Resources is planning to construct a 750-foot wide barrier of rocks across the channel. The intrusion of saline water puts fish species at risk and also has implications for the fertility of the soil in the surrounding areas.

As plants compete for water, the drought-resistant ones will win. The loss of other plants will affect the food and shelter requirements of birds and small animals.

The unavailability of water has affected hydroelectric power generation in California. The deficit is being made up by use of natural gas for power generation. The result is an increase in air pollution and emission of greenhouse gases.

Another possible environmental impact of this great drought could be in the agricultural sector. One-third of all produce in the U.S. comes from California. If the farms here fail, then the requirement will have to be met by setting up farms elsewhere.

This may give a boost to local agriculture across the country, but it will have an environmental impact — land will have to be cleared, marshes drained, wells dug and roads made. Local ecosystems will change.

California is considering setting up more desalination plants, and this could be one of the two positive outcomes out of the drought situation. Carlsbad will see a huge desalination plant go live this year; this will be followed by another in Huntington Beach, though the time frame for the latter is not known.

The plant at Carlsbad could decide the fate of desalination technology in America. If it succeeds, the Californian coastline will surely see other such plants coming up. Unfortunately, this is a costly technology and requires a lot of energy to run.

Another good thing, from an environmental perspective, could be if wastewater recycling gains further traction in the state. There are wastewater plants in the state, but none that convert waste water into potable water.

With no end to California's drought in sight, only time will tell how life in the state adapts to the absence of water.