The end of an era in the Military Police Corps 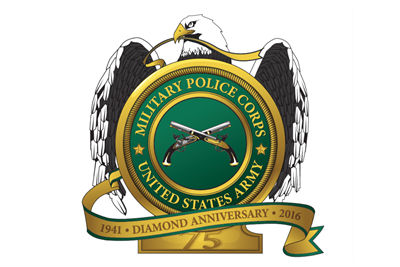 On Sept. 26, the 75th anniversary of the Military Police Corps, we will pause to reflect on the storied past of military police soldiers and the contributions to our nation and to our Army. Leaders will make speeches, ceremonies will provide pomp and circumstance, soldiers young and old will gather, and families, civilians and supporters will join in the celebrations.

We will do our best to mark the milestone with dignity and respect. What should not be lost in the planning for this grand event is how we will quietly mark the end of an era.

The world was a different place then. We have seen many changes since.

Many of those changes have occurred since the tragic events of Sept. 11, 2001. The Military Police Soldiers of today do not have the same connections as their predecessors, who bridged the transition from the post-Vietnam era. Their predecessors served proudly through the Cold War era, Grenada, Panama, the first Gulf War, the Balkans and the Global War on Terror.

The members of the Military Police Corps of today have their "where were you when" event. This new generation inherits experiences based on more than 10 years of continued conflict.

History has shown that in five years, the Military Police Corps will consist of fewer than 50 percent of personnel entering service before 9/11. In 10 years, it will be less than 20 percent.

They will find ways to grow leaders from the newest generation of Military Police Soldier. Based on the 2015 Millennial Career Survey conducted for the National Society of High School Scholars, Google is the No. 1 place where millennials would like to work, with Walt Disney Co. ranking second. The U.S. Army ranks No. 42 on the list of top employers in the survey, which shows the top factors in choosing an employer are the ability to gain skills to advance and fair treatment of employees.

The end of an era marks the beginning of another. May God bless our Corps over the next 75 years as He has during the previous 75.

Command Sergeant Major (R) Michael W. True retired from active duty in 2004. He entered the private sector upon retirement and has been a member of the MPRA Board of Directors, serving as the current Director of Finance. CSM (R) True, is the Director, Operations for Chenega Infinity, LLC, and lives in Leesburg, Virginia.