The economic impact of our aging population 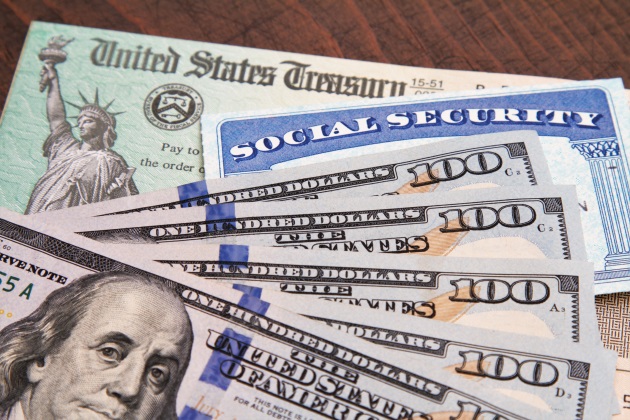 Most of our current crises — global warming, for example — are critical today because they’ve long been underestimated or ignored. The worldwide crisis posed by a rapidly aging first-world population, on the other hand, wasn’t even recognized until recently.

Today, the crisis is already fully present and, unless addressed, will worsen rapidly.

A Little Known and Frightening Statistic

A 2016 article in The Lancet on the implications of rapidly aging world populations cites some disturbing statistics. Important among them is this: Although over the past six decades the world population aged 60 or older has increased only slightly — by around 9% — in the next 40 years this group will more than double, from around 800 million to 2 billion.

The U.S. is one of the countries that will be most affected by this dramatic increase, resulting in lower birthrates, lower labor participation rates and dramatic increases in Social Security payouts and healthcare expenditures.

No current government policy fully addresses any of these changes. A few government agencies, especially the Congressional Budget Office, have issued warnings backed by data, but to date, the realistic and detailed congressional proposals needed to remedy these economic stressors haven’t been made. The longer we wait, the more drastic and politically unpopular these remedies are likely to be.

The Effect of Labor Participation Rates on Social Security Funding

The labor participation rate measures the ratio of employed workers to the total working age population. There are a couple of eye-popping elements in this simple statistic that will have significant economic consequences over the same 40-year period when the population aged 60 and older will more than double.

Even if workers of every age were treated equally, this increase in an aging population would still represent a real problem for Social Security, which depends upon the contributions of current workers to fund benefits for those who have retired.

Workers over 60 soon become workers of retirement age, with the result that this group, which includes the populous baby boomer generation, will require increasing contributory amounts from current workers to keep Social Security funded. The problem is that too few workers will be making contributions and too many retirees will be drawing benefits. That’s even in the best case, when all workers are treated equally.

But all workers are not treated equally. As I’ve written in more detail in an earlier article in this series on aging, workers begin to suffer from involuntary layoffs at age 40.

By age 50, more than half will find themselves involuntarily removed from their jobs. This describes a labor participation rate artificially reduced by what amounts to a prejudice against older workers.

This shrunken workforce can’t possibly make sufficient Social Security contributions to provide the needed retirement benefits for a rapidly growing aging population with increasing longevity. But that’s only one element of this age-related economic crisis.

A Society Moving in the Wrong Direction

Congress has long been aware that without some change in the contributory structure, Social Security will eventually run out of money, most likely before 2035. For an equally long time, Congress has been unable to do anything about it. The increasingly bitter partisan divide over entitlements, especially Social Security, Medicare, and Medicaid, has made finding a solution acceptable to both Democrats and Republicans elusive at best.

The Democratic position, represented by groups like The Center for American Progress, is that existing tax breaks for the ultrawealthy have contributed to an unsustainable degree of economic inequality.

Increasing those taxes effectively solves two problems: the social dysfunction of extreme inequality and the shortfalls in existing entitlement programs. Making up the shortfall with tax increases won’t be easy. In 2019, Social Security and Medicare cost about 9% of GDP. In 40 years, they’ll cost nearly 12%.

Republicans in Congress strongly oppose funding entitlements “on the backs of the rich.” One popular Republican solution to the Social Security shortfall problem is simply to do away with it in its current form.

Instead, Republicans have proposed an entirely different way of killing two birds with one stone: instead of increasing taxes on the rich to both reduce inequality and fund Social Security, conservative publications like The Federalist have proposed privatizing Social Security to increase benefits while reducing government involvement.

How would this work? Well, for one thing, each participant would obtain their benefits directly from their own contributions. Most likely these would be invested in the stock market, much along the lines of existing 401(k) plans. Democrats find this kind of solution deeply abhorrent — an abnegation of government responsibility unlikely to work.

If the U.S were truly, as we would like to believe, a fully participatory democracy, the Social Security shortfall problem would already have been solved. According to a research study funded by The National Academy of Social Insurance, 83% of Americans want Social Security fully funded “even if it means increasing the Social Security taxes paid by wealthy Americans.” This view, according the study, holds true across party lines and income levels.

But the U.S is not a fully participatory democracy. It is more like a vulnerable and damaged democracy trying to balance citizens’ wants with imperatives demanded by powerful, influential, and not necessarily democratic actors.

The Social Security shortfall, like many other growing crises in the country, will likely by solved, at least to a degree, but only at great cost years after a better lower-cost solution could have been achieved.