The Disneyfication of American cities 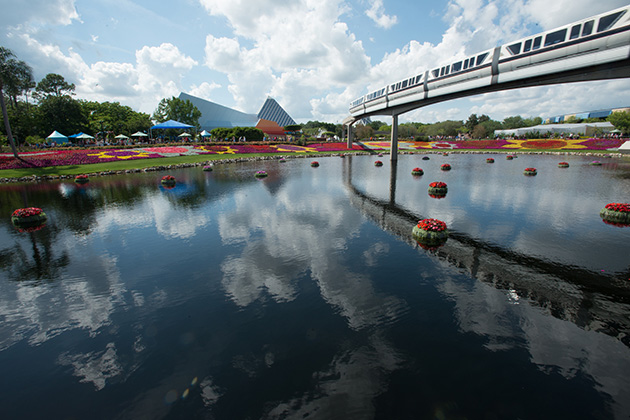 With EPCOT, Walt Disney attempted to create a world-in-miniature, where we could easily glide from country to country.

Disneyland is every child's dream and an escape from the messy reality of daily life.

But if you look closely, you will notice that American cities (and increasingly other cities around the world) are being remade in the image of Walt Disney's famous fantasy theme parks. Places like the Mall of America, where every move is engineered, draw on the Disney rule book and have co-opted public spaces.

Who doesn't love Disney? They don't call it the "Magic Kingdom" for nothing. But is there not something sinister when we begin to apply the Disney principles to entire cities?

Andrew O'Hagain, writing in The New York Times, suggests that "if modern sentiment has an architecture, it was Disney that built it."

Indeed, the crossover between Disney's theme park planning and real-world planning is nothing new. Disney's "Imagineers" — as they call their master planners — have crossed over to build an actual residential community in Celebration, Florida.

Inspired by Disney World's original plans for EPCOT as an experimental proto-community, it offered itself as "yet another fresh start in a world gone wrong." However, despite the integration of cutting-edge New Urbanist principles — with a compact downtown and walkable streets — the somewhat-creepy, overdesigned results of the top-down utopian planning turned many Americans off.

On a less literal level, look at how the iconic Main Street that greets Disney visitors has been replicated in the redesign of so many town centers across America. 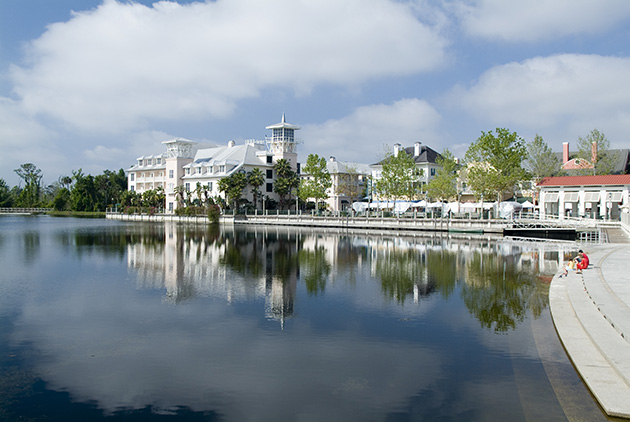 Inspired by EPCOT as an experimental proto-community, Celebration, Florida, offered itself as "yet another fresh start in a world gone wrong."

What exactly do we mean by Disneyfication? It has been used in some cases as a byword for gentrification, and complaints often focus on the ruthless impact of mass tourism, notably in central Amsterdam. However, more specifically Alan Bryman finds four different themes:

Several of these themes have serious implications for how we shape our cities.

Creating a city without the ghettos

The Disney model is so appealing to city planners because it attempts to reduce all the messy complexities of contemporary cities. As architectural historial Jennifer Gray reminds, in Disneyland "there are no dangerous ghettos."

If there is one place that best exemplifies the Disneyfication of America's urban landscape, it is the 4.87 million-square-foot Mall of America. Ada Louise Huxtable finds that the mall — a palace to consumption masquerading as a public space — reminds us that the "surrogate experience and surrogate environments have become the American way of life."

But at the heart of peoples' discomfort with this wave of sugar-coated artificiality washing over our cities is that sense that the predictability it engenders goes against the grain of what it means to live in a city — great cities are inherently unpredictable.

Another lesson cities have learned from Disney is how to deal with security. While theme parks may feel spontaneous, they are in fact highly ordered (and often manipulative) spaces. Each tiny step is engineered using advanced crowd-control tools.

CCTV cameras play an increasingly important role in our cities, too, tracking our every move and using advanced facial recognition technology. London is said to have around 500,000 security cameras placed around the city, and the numbers in New York are quickly rising.

A more subtle lesson learned from the highly controlled spaces of Disney theme parks is that we can engineer the movements of people around a city and nudge their behavior through the built environment. The social engineering of "hostile architecture," with its anti-homeless benches is one example. 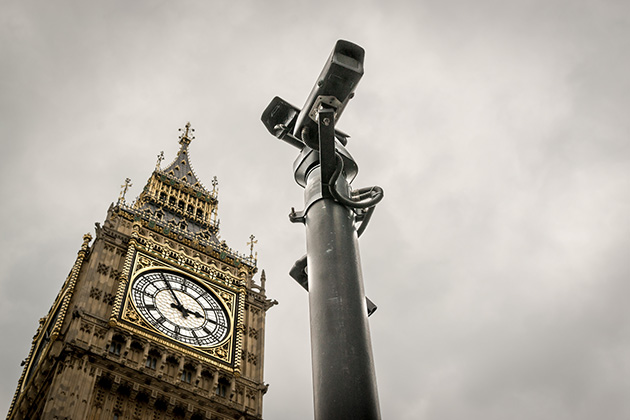 London is said to have around 500,000 security cameras placed around the city.

This trend has not emerged by mistake. In fact, it is often the unintended consequence of strategies to revitalize urban areas. An increasingly powerful new urban player — the business improvement district (BID) — has much to do with these newly commercialized streetscapes.

A San Diego-based consultancy with the somewhat-sinister name of New City America, Inc. has established 61 of these entities across America. There are now more than 1,200 BIDs across the U.S. Designed as ways to get local businesses working with local authorities to improve the trading environment, their goal is often to "clean up" downtown areas as part of a "renaissance" of blighted urban areas.

However, detractors claim they are reshaping our cities in line with the homogeneous "mall paradigm." In Oakland, California, the local Occupy movement took aim at these entities when the latter tried to drive out "undesirable" persons from the boundaries of the city's BIDs.

One example of where Disney-urbanism has been chipping away at some of America's most atmospheric districts is New Orleans' French Quarter. The Quarter's story is illuminating — the oldest neighborhood in the city, it has become an important part of the New Orleans brand.

In the 1950s, Disney was so charmed by it that the company created its own sanitized version of the colonial central square in its California park, and Disney World in Florida has themed one of its resorts as Port Orleans. Later, city planners appeared to take inspiration as New Orleans refashioned the French Quarter to present a harmonious facade "free of urban pathologies."

Only when Hurricane Katrina hit in 2005 did the troubled urban communities excluded from the sanitized view emerge, shocking those who had bought into the dream.

In New York, the South Street Seaport development is another spot accused of Disneyfication. As an urban entertainment district, it creates the sensory experience of an authentic shipping port, complete with cobblestones and nautical details. However, old-fashioned shop facades bely the chain stores within. 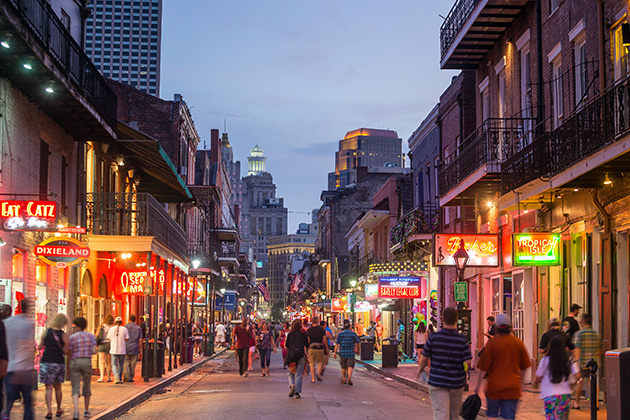 In the 1950s, Walt Disney was so charmed by the French Quarter in New Orleans that the company created its own sanitized version of the colonial central square in its California park.


Bringing confrontation back to cities

Following the horrors of the World War II, Disney designed his parks to show America a better version of itself. Indeed, the sentimentality of Disney's architecture — the "architecture of reassurance" — is specifically designed to comfort rather than confront.

But sometimes messy, diverse, modern cities must confront us.

With EPCOT, Disney attempted to create a world-in-miniature, where we could glide from country to country and culture to culture with none of the jarring experiences that accompany cultural clashes outside Disney's gates. Rumors about Walt's own less-than-idyllic childhood help us to understand why he may have wanted to iron out some of this grit.

However, when we try to exclude or cordon off those dissonant elements, such as the homeless or other "unwanted" elements, they do not disappear. Planners of real cities have to deal with them in all their diversity.

Tellingly, a 2000 census found that Florida's Celebration community was 88 percent white, compared to a surrounding county that was only 59 percent white.

It is impossible to please everyone — one of the designers of Celebration reminds us that "authenticity is a slippery thing." But we must look closely at what we lose when we fall for the reassurance of Disney-urbanism.