The democratization of funding and the lure of startups 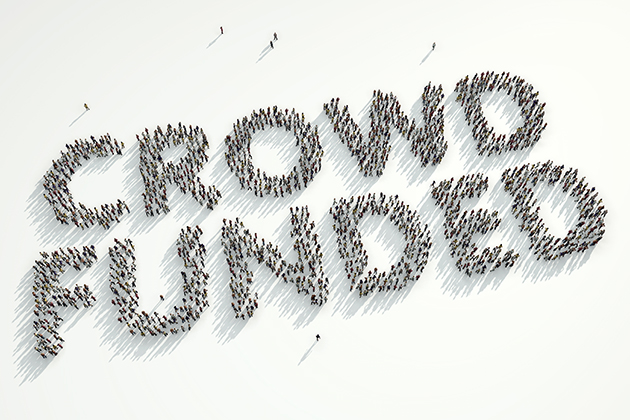 Once upon a time, there were gatekeepers everywhere in the world.

That whole transition (from an elite few in control to the general population in control) is loosely referred to as the process of democratization, and it has been going on since Johannes Gutenberg brought reading to the masses back in 1440.

In the world of startups, there were also gatekeepers. They were called venture capitalists. In the dot.com boom, founders needed millions of dollars to launch an online jewelry store, and VCs controlled that funding. Today, my nephew can create the same online jewelry store with a laptop, a shot of espresso and a Shopify account.

The cost of launching a new venture has never been lower. When I went to MBA school (before the turn of the century), the only legal business one could start while still in school was a T-shirt business. Today, a half-dozen of my students (all under 30) already generate recurring monthly revenue.

The democratization of "everything" through the internet has now fully embraced startup funding.

Once upon a time only high-net-worth individuals could invest personally in startups. Now, crowdfunding allows for that. Once upon a time if you wanted to raise hundreds of millions of dollars, you had to do an IPO on the stock exchange. Now, you have internet coin offers doing just that.

It is difficult to argue that we have reached the proverbial tipping point, where the cost to launch a new venture has dropped to an all-time low and where access to capital is at an all-time high. More than $15 billion has been raised through crowdfunding to date. And, according to Goldman Sachs, the amount of money raised by ICOs surpassed the total funding invested by angel investors and seed-stage VCs for the first time ever on July 18, 2017.

But is there a downside to all this? Can we have too many startups? Are too many first-time founders making it harder to differentiate the signal from the noise?

Think about how Amazon changed the world of publishing with the Kindle. No longer did one need fancy editors with fancy degrees at fancy publishing houses to decide what people would read. Now anyone with an Amazon account, a word processor and an internet connection could fulfill their dream of being the next Stephen King.

But did the democratization give us better books? Better authors? Or did it just clutter up the digital library shelves, generating "Fifty Shades of Grey" and the "Twilight" series among millions of lesser-known Kindle titles that garner almost no readers.

According to the Global Entrepreneurship Monitor, more than 300 million people try to launch a startup annually. About one-third will actually be launched, so we can assume there are about 50 million new firm births per year (about 137,000 per day). Few will go on to become Google, Uber, Facebook or Tinder.

So how can one tell which startup opportunities to invest their heart, soul and money into? Today, look not to investors, for they are no longer the trusted gatekeepers. Turn instead to your future customers.

Before quitting school, selling the house or spending your inheritance, spend no less than 100 hours talking to the people whose problem (or unmet market need) you plan to build your startup to serve. Then ask yourself, three key questions:

If you can't say yes to all these questions, then think twice before throwing it all away to start a startup. Don't be lured in by the low barriers to entry and the low startup costs. In the end, the true cost may be missed opportunity and time lost.

Dr. Sean Wise helps emerging and high-growth-potential organizations jump on the trajectory and turn a profit. He has been involved in venture capital and entrepreneurship professionally for 19 years. First, as a director of the Venture Capital Advisory Group at Ernst & Young, next, as a partner in Spenser Trask's seed program, and most recently spending five seasons with CBC's "Dragons' Den."

Sean is also a popular writer with his Globe and Mail column and book of the same name: "Wise Words: Lessons in Entrepreneurship and Venture Capital" and a second book, "How to be a Business Superhero." He co-authored the best-selling book, "Startup Opportunities," with the renowned investor, Brad Feld. A professor of entrepreneurship at the Ted Rogers School of Business at Ryerson University in Toronto, Sean majored in engineering and economics at Carleton University and earned a law degree and MBA from the University of Ottawa. In 2013, Sean received his Ph.D. in business from the Adam Smith Business School at the University of Glasgow.