The debate over grading and ranking public schools 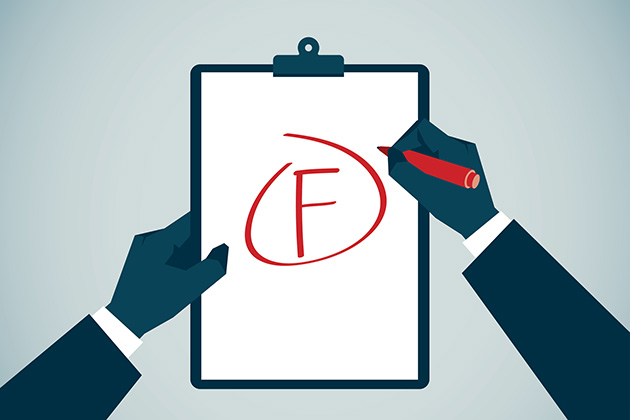 For more than a decade, states have published grades and ranks of their schools as part of the requirements of the No Child Left Behind Act (NCLB), a federal mandate first signed into law by President George W. Bush in 2002. Since that time, many states have developed a system that uses common measures such as standardized test scores and graduation rates to generate letter-grade report cards for schools, similar to the ones that students are issued.

Over the years, this practice has raised questions and generated a national debate on its effectiveness in the overall national mission to support a quality education for all students. Late in 2015, President Barack Obama signed into law the Every Student Succeeds Act (ESSA), replacing NCLB.

While ESSA wasn't designed to eliminate standardized testing and ranking measures, it does pave the way for states to think differently about the practice of grading and ranking schools as it relates to accountability, which has only served to fuel the national debate further. The debate has divided policymakers from school to school and state to state. Recently, Education Week's Daarel Burnette explored this topic in the article "A-F School Rankings Draw Local Pushback."

Proponents of grading and ranking schools argue that the grades are a simple, clear, concise way to inform parents and a community how effective schools are.

"States should have clear and transparent summative-rating systems that are actionable for parents, teachers and other stakeholders in communities and are clearly communicated for all stakeholders," said Mike Magee, the CEO of Chiefs for Change, a professional organization of school, district and state-level school leaders.

According to Burnette, those opposed to the practice of using a single grade to rank schools, such as local superintendents and school board members, argue that these letter grades "oversimplify student success or shortfalls, increase pressure to pay attention to tests, ignore school quality factors other than test scores, and demoralize teachers and parents."

This infographic shows the 17 states that currently have policies in place to grade and rank their schools. Among them are states like West Virginia, where Burnette reports newly elected Democratic Gov. Jim Justice outlined a plan in his State of the State speech to have his education department revamp its system. A similar debate is underway in Texas, where more than 200 school superintendents are working hard to urge state policymakers to eliminate the practice before it starts.

For opponents, the fundamental flaw with using a single letter grade to report the progress of a school is that it is no longer considered best practice for students, so why should it be for schools? Parallel to this national debate is a movement by schools away from a traditional model of providing a single letter grade to report student academic progress in a course or subject.

Instead, many schools are moving to competency-based or proficiency-based learning models which report student progress on a number of skills and dispositions, known as academic competencies and work study practices. School districts like Sanborn Regional in New Hampshire (my school district), Kettle Moraine in Wisconsin and Lindsay Unified in California are considered national leaders in this movement.

At our high school, Sanborn has developed a common set of competency-based grading expectations for all students in all courses of study. These expectations call for the use of a variety of performance-based measures that are connected to specific academic competencies and work study practices that students must demonstrate proficiency on in order to receive credit on their transcript.

At Sanborn, like in many competency-based schools, a decreasing level of emphasis is being placed on a single measure or letter grade, which oversimplifies grading and does not provide enough information to accurately measure the degree and depth of the learning that has (or has not) taken place. There is a distinct philosophy in competency-based schools with regards to measuring student learning.

The debate to move away from a single letter grade and ranking system to report school effectiveness seems to be following the same trend as the movement away from this approach with students. It is outdated, antiquated and oversimplified.

Gov. Justice may have said it best in his State of the State address: "Think about A through F for our schools. We do it on a bell curve. ... 'These get an A. These get an F. All the big meat and potatoes [schools] get a C.' And we call out to the world and say, 'Come to West Virginia. Our schools are mostly all C's.' I don't get it. That's got to go."

It is time for the model to change. Policymakers need to come together with educators to make this happen. Our children are counting on us to figure this out.