The day that hospital-based pharmacy died 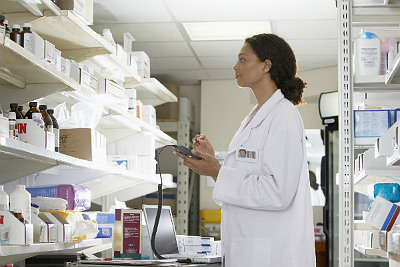 Somewhere between 1980 and now, the practice of hospital pharmacy was severely crippled and mortally wounded.

Clearly hospitals still employ pharmacists, and pharmacists in hospitals do good work. But the pharmacy department as a thriving business unit was delivered a fatal blow when the reimbursement for pharmacy services was converted to the diagnosis-related group (DRG) method of payment.

The negative consequences of DRG

The simple act of bundling payment for patient care into a single payment for all primary and ancillary medical services transformed the pharmacy department from a profit center for hospitals into a cost center.

Once converted to a department that inherently lacks a sales line on the profit-and-loss statement, the pharmacy department has lost its ability to argue effectively for enhanced professional services, increased resources and improved patient outcomes.

Pharmacy productivity measures were fairly easy to calculate based on doses of medications dispensed. And typically the director of the pharmacy had significant input on the budget and staffing.

Economic impact hidden in the bookkeeping

If the patient census unexpectedly raises, typically no new resources are added to the pharmacy budget to account for the additional work. Pharmacy directors and their clinical teams can document the tremendous economic benefit to the hospital of pharmacy services, but these services do not manifest in new sales dollars. The sales dollars collected have already been allocated, so the pharmacy's impact on the true earnings of the hospital are difficult to substantiate.

The practice of hospital pharmacy, therefore, has lost its ability to influence its own destiny and is at the mercy of administration decisions made by nonpharmacist business managers. This is a difficult position to be in and one likely to hurt the overall quality of care in these institutions, as pharmacists who continually have to justify their roles lose enthusiasm for the job.

There are really only three things that employees need from their job in order to become fully engaged in the mission of the business.

1. They want to know that the work they do is important.

2. They want to know that they are good at what they do.

3. They want to know that their employer appreciates the good work they do.

It appears that in many cases, my hospital-based pharmacist friends are seriously wondering whether No. 3 is true. As the relentless drive to control costs permeates our health system, I hope someone realizes that having the responsibility for cost control without the managerial ability to raise revenue is a recipe for a bad business model that will fail over time.