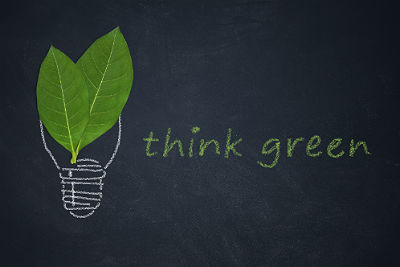 Note: This is the second article of a three-part series covering bioplastics (1) trends, (2)material/process advances and (3) applications.

The chemical industry relies heavily on traditional sources of carbon — oil, natural gas, coal and biomass. These four substances are the starting point for around 40 basic chemicals and more than 40,000 chemical products.

With its low cost and low toxicity, carbon dioxide is an attractive carbon feedstock for the synthesis of polymers, especially polycarbonates and polyurethanes that are primarily based on the condensation of highly toxic phosgene and aromatic or aliphatic diols.

A host of companies, including Bayer, SK Chemicals, Dow, Sabic, Novomer, Mitsui Chemicals and Mitsubishi are investigating the economic potential of the catalytic synthesis of sustainable performance polymers and chemicals from CO2 (or carbon monoxide) and epoxides.

Critical to the process is a zinc catalyst system optimized to enable efficient reaction of CO2, which is normally slow to react. The low-energy density of CO2 has typically hindered such reactions.

The PPP will be processed into polyurethane. PPP is reacted with isocyanate, the monomer used in polyurethane production. The 2015 commercial-scale plant is scheduled to go into operation with production of the CO2-based plastic expected to be marketed for mattress applications.

Novomer has developed technology to produce polypropylene carbonate (PPC) and polyethylene carbonate (PEC) using CO2 as a primary raw material. Based on the co-polymerization of CO2 and propylene oxide (PO) or other epoxides, the polymers can be produced as both thermoplastic polymers and polyols for packaging and coating products.

The company has also developed chain-transfer technology to produce low-molecular-weight CO2-based polyols for thermoset applications that are commercially viable in coatings, adhesives, foams and composite resins. The process uses a proprietary catalyst system that is approximately 300 times more active than previous systems. The catalyst system does not use precious metals and requires simple organic chemistry, which keeps its synthesis costs low.


In the world's first large-scale manufacturing run of PPC polyol, over seven tons of finished product was produced. Scale-up production was accomplished with Albemarle at their Orangeburg, South Carolina, facility using existing Albemarle equipment modified for PPC polyol production. The 1,000-molecular-weight PPC diol was used to accelerate product qualification and adoption in a wide range of conventional polyurethane applications.

Continuing, BioMid fiber, a new 100 percent cellulose fiber, has been commercialized by Gordon Shank Consulting in cooperation with ENC International (Engineered Natural Composites Corporation of South Korea). Sales of the new fiber exceeded 1 million pounds in its first 10 months. The continuous filament cellulose fiber has an appearance similar to glass fiber but with almost half the weight (or roughly the same density as aramid fiber).

The BioMid fiber feedstock is a proprietary blend of softwood and hardwood chips. The raw biomass is separated into lignin, cellulose and hemicellulose. The lignin and hemicellulose are fully used as additives and fillers for plastics and feedstock for biofuels. The remaining pure cellulose is converted into continuous filament and yarn.

The fiber also has:

BioMid is made by dissolving cellulose and spinning the solution from a spinneret in a process similar to that used to produce HMPP fiber. The cellulose fiber produced has a high degree of crystallinity (95 percent), permitting fiber processing at temperatures up to 360 degrees C. Because many commercial resin systems must be processed at up to 200 degrees C, BioMid is a viable option in situations where most natural fibers, which degrade at 150 degrees C, can't be used.

Unlike discontinuous natural fibers that vary in length, the spun BioMid fibers can be produced continuously. They need not be twisted into bundles, but instead they can be used in parallel, enabling much higher properties and producing thinner fabrics than twisted yarns.

Spinning enables the smallest most consistent filament diameter of any natural fiber (0.39 to 0.43 mil) to be produced, which is normally not possible with plant-based fibers. Flax, for example, averages 0.79 mil, but varies from 0.59 and 1.18 mil in diameter.

Additionally, Nexeo Solutions (The Woodlands, Texas) distributes BioMid yarn to converters for weaving processes and to part manufacturers for filament winding and pultrusion processes. Porcher Industrie of France has also introduced reinforcement for the composites industry based on pure cellulose fibers called "Greenlite."

Traditional multilayer packaging films are neither recyclable nor compostable. They are comprised of multiple layers of traditional plastics and adhesives needed to provide the barriers, colorful print and necessary adhesives that bond all the layers together. These various materials are not easily separated for disposal, making recycling problematic, and the chemicals those layers are made from cannot be composted. 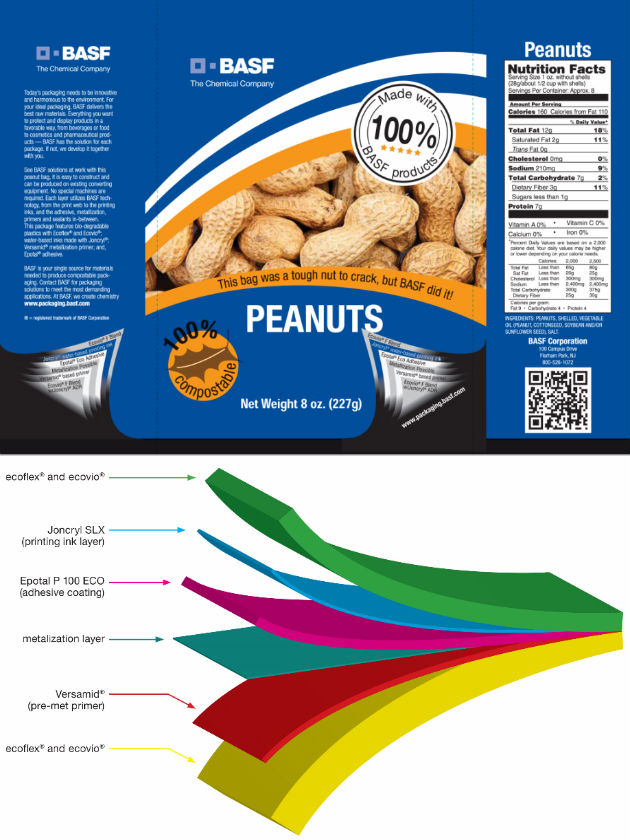 
The compostable packaging material consists of a six-layer film:

The innovative design of the packaging and its materials allow for the entire structure to be composted.