The brain on nature:  The why behind biophilic design 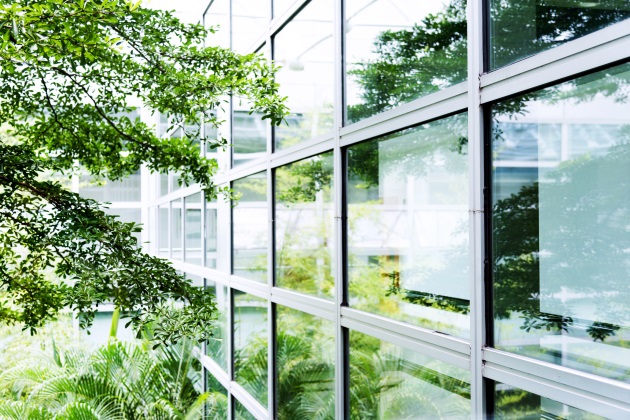 Natural environments and the presence of nature in built environments have been found to produce beneficial effects on occupants. Those findings have given rise to the growing use of biophilic design strategies, which seek to improve occupant health and well-being through the incorporation of nature views and natural elements into interior environments.

Now, scientists are learning more about how and why we respond to natural stimuli in certain ways — research that can help designers to refine their application of biophilia to have greater impact.

Much of the research on the positive effects of nature and natural elements has examined their influence on mood. Factors such as access to daylight and views of nature, the presence of plants and water features, and even just images of nature or the use of patterns drawn from nature can elevate mood and encourage healing or enhance performance. Some recent studies reveal exposure to nature can benefit cognitive function as well.

Noting that previous studies have shown evidence of proximity to natural environments and benefits to some, but not all, types of cognitive function (particularly, working memory), a pair of researchers from the department of psychology at the University of Chicago wanted to better understand what accounted for these differences. Mood benefit, they found, was not a factor.

Instead, certain visual properties of natural settings allowed the brain to lessen certain areas of function and replenish, and thus enhance, others. In addition, they discovered that, compared to urban environments, natural settings have a higher incidence of perceptually low-level features (“more non-straight edges, less color saturation, and less variability of hues”), reducing perceptual noise and facilitating cognition.

Do these same cognitive benefits occur in interior environments featuring biophilic design? That was the question that Dr. Jie Yin in the Department of Environmental Health at Harvard University and his team of researchers sought to answer by having subjects partake in an experiment using virtual reality (VR) technology in which they were randomly assigned to experience one of four virtual offices.

One office design, referred to as “indoor green,” had no windows but had elements, such as plants, living walls, a water feature, natural materials, and biomorphic shapes. The second, referred to as the “outdoor view,” had daylighting and windows looking onto a natural setting with trees, grass and water, but no other biophilic design elements. A third room was designed with a combination of both interior and exterior biophilic features; the fourth office, as a control, had none.

The subjects were given cognitive tasks to perform while exposed to various environmental distractions and noises. Sensors and other equipment were used to monitor and record certain physiological responses.

The results showed subjects viewing the biophilic designed environments had consistently better recovery from stress and anxiety than did the control group. Interestingly, the indoor green visualization facilitated more physiological stress recovery, while the outdoor view visualization affected more anxiety reduction. The combined visualization had a moderate effect of improving both.

Yet another study looked at how a specific nature feature — in this case, wood — might affect cognitive performance. Similar to the VR study, participants were randomly assigned to either a room with wooden elements or one without wooden elements and given a series of neurobehavioral tests to complete.

Those in the wooden rooms performed higher on the tests and reported increased attention and productivity. In general, subjects preferred the rooms with wood over the room without. The researchers conclude, “incorporating wooden elements into interior design may improve both occupant satisfaction and cognitive performance.”

These studies provide further confirmation that using biophilic design elements provides physiological and psychological benefits similar to those as exposure to nature. Moreover, they extend the range of benefits to include important cognitive functions, adding yet another dimension to design’s impact on occupants. In their conclusion, the researchers from the University of Chicago state that a better understanding of how nature affects cognition can “inform the design of all built spaces to enhance human psychological functioning.”