The body loves fat — When did it become the enemy? 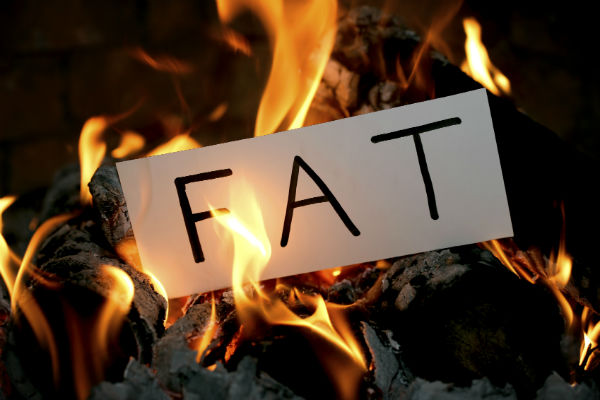 More grains, less fat — we've all heard it said for years. Yet as fat consumption has dropped 10 percent in the last 40 years, the rates of heart disease and diabetes have doubled.

Clearly, something isn't adding up. To figure out how we got to this point, we need to look back and determine when fat became the number one enemy.

It all started with a famous study in the 1970s, titled "The Seven Countries Study," looking at the fat and cholesterol consumption of residents in seven countries. In the results, fat was determined as the primary culprit of heart disease, and the researchers concluded consuming less fat would lead to a healthier heart.

However, several factors like sugar intake, exercise and whether the subject smoked were not considered when the study was conducted. As a result of that flawed study, Americans were advised to eat less fat and 3-5 servings of grains per day. We followed along for 40 years with misinformation.

Today, many countries — France and Switzerland being at the top — follow a high saturated fat diet and have a low percentage of heart disease.

Fat is a major source of energy. Without it, we become tired — always needing more fuel. To compensate for that missing fuel, we add more carbohydrates. Also, everyone knows fat tastes good. So when Americans decided fat was bad, the flavor disappeared from our foods. To counteract the lack of yum in our food, more sugar was added.

We now see how additional carbs and sugar affect the blood sugar level and contribute to our bodies being more insulin resistant, which leads to diabetes. Higher fat and lower carbs in our diet leads to a decrease in insulin levels and maintaining a healthier blood sugar level.

There are several types of fat you'll find in your food:

Trans fat: It is the only fat that's bad for you. Trans fat is hydrogenated (processed) to have a longer shelf life.

Saturated fat: This is solid fat you find in milk, cheese and meat. It's also in cocoa butter, palm oil, coconut oil and bacon grease.

Human bodies love fat in all of its forms — except trans fats. Fat is good for our bodies, from the bones in our toes to the hair on the top of our heads. When your body is in better hormonal balance of testosterone and estrogen, you burn more fat.

Serotonin levels are also better maintained with a healthy amount of good fat in your diet. This leads to stronger bones, better eyes and skin, and a better immune system. Saturated fat was thought to be caused by high cholesterol, but now it's known to not increase your triglyceride levels the way a high-carb diet does.

Several scientists are now studying the effects of adding coconut oil to the diets of Alzheimer's patients. Alzheimer's occurs when amyloid plaques build up in the brain. They reduce cognitive function, and they are toxic to nerve cells, starving the brain of nutrients.

Scientists have found that ketones are a possible brain fuel. And Coconut oil converts readily in the liver to become ketones for the brain to fuel itself. While it is too soon for definitive answers, research is showing that coconut oil repairs cognitive function in patients with mild to moderate Alzheimer's.

Dr. Mary Newport led the charge when she added four teaspoons a day to the diet of her husband, who was diagnosed with early onset of Alzheimer's. Within a few months of the addition of coconut oil, she saw an increase in his cognitive skills.

Similarly, Dr. Theodore B. VanItallie in 2005 studied the effects of a low-carb, high-fat (ketogenic) diet on Parkinson's disease. Five of his patients ate a ketogenic diet for 30 days, and every single patient showed improvement in the ability to walk and a reduction of tremors and stiffness.

After 40 years, we are still studying the effects of fat and sugar on our bodies, but now we see that lowering fat intake and increasing servings of carbohydrates has caused more harm than good, creating high swings in blood chemistry and raising insulin resistance in our bodies.

And as for our shapes, lowering our fat intake has actually caused us to hang on to or increase the girth around our middles.