The best and the worst of America’s airports 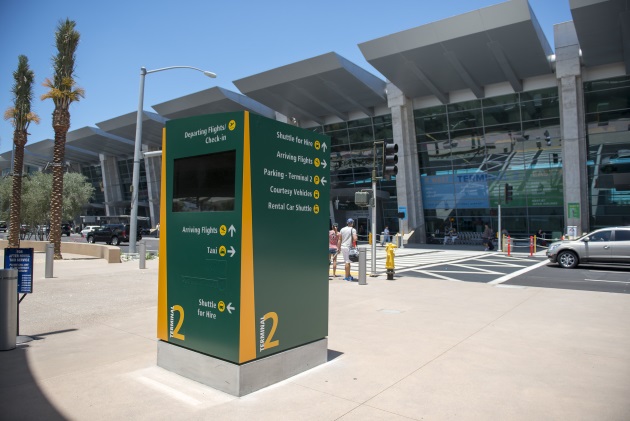 A new study is gaining a lot of attention as it gives travelers a ranking of the best and worst airports in America.

The study published by The Points Guy (TPG) is now in its fourth year, and this time it ranks the top 50 airports in the country (up from 30 previously). Naturally, the airports at the top and bottom of the pile are receiving plenty of attention.

They are San Diego in the top spot, and Chicago Midway trailing in last place.

While any ranking like this is largely subjective, this year the website made much more use of reader feedback, rather than solely the experiences of its own staff.

The report looked at many factors when coming to their conclusions, adding a heavy emphasis on airport amenities, as "that’s the area that airports have the most control over."

TPG also partnered with INRIX, a company that uses technical innovation and insights to understand the movement of people. Its analytics helped assess how quickly or slowly it takes to get to an airport.

Finally, the U.S. Department of Transportation was also consulted to assess the likelihood of your flight taking off on time at all the airports on the list.

TPG explained: "The fact is that the vast majority of flyers don’t have the luxury of switching to a different airport just because one has more spas than the other — if you’ve got a family reunion in Columbus, Ohio, you’re probably going through John Glenn Airport (CMH). But it’s your prerogative as a customer, and our duty as journalists, to celebrate the airports that go above and beyond and hold accountable those that don’t make the grade."

So, what do they have to say about the two airports in question to justify their positions?

Chicago’s second airport is a busy low-cost hub and considered "bare bones" at best. With narrow, low-ceiling concourses and a lack of places to eat, it’s incredible to think that a $75 million renovation has already taken place to improve the airport’s food court offering.

You’ll also only find one lounge — something that’s becoming more important to today’s traveler — and it’s rare to find your flight departing on time. Chicago’s aviation department defended their airport, stating, "The Points Guy seems to be missing the point. Midway International Airport is routinely ranked highly among airports of comparable size in customer satisfaction, and travelers enjoy its convenience. With that convenience comes limitations: namely that airport rests on one square mile in the middle of a densely-populated residential neighborhood with no room to grow."

They added: "That hasn’t stopped the City from making critical investments, including the $400 million Midway Modernization Program.” It will bring in more than 70 new concessions and amenities."

Walls of glass and plenty of light left a great first impression on TPG journalist Carissa Rawson, who commented, "That’s one area in which the airport performed best: It was all towering glass panels and silver metal, with funky sculptures and fountains thrown in for good measure."

San Diego this year supplanted Phoenix Sky Harbor from the top spot, and it seems the work the airport is doing to create a relaxed atmosphere with open spaces and a great choice of bars and eating establishments, all led by friendly staff and volunteers, is paying off. The airport’s Terminal 2 is a particular favorite.

Location was also a big selling point for San Diego. Only 10 minutes from downtown, this is something few other U.S. airports can boast, and certainly makes life easier for the traveler. It’s also one of the best for on-time departures.

Other notable rankings in the list see Hartsfield-Jackson Airport in Atlanta — the nation’s busiest — in an impressive fourth position, while New York’s airports have all risen over previous years, with JFK ranked best for amenities.