The benefits of talking less in the workplace 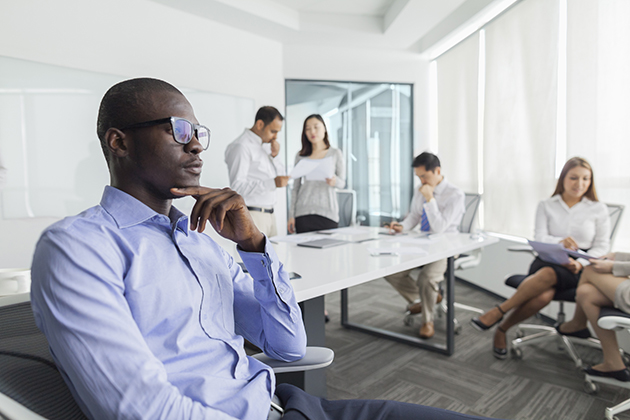 Living in Southern California for 10 years, I have seen colleagues participate in many kinds of fasts. Food-oriented ones dominated for a while: juice, water, soup and broth were all common. But over the last few years technology fasts — cellphone diets and vacations from TV — have become popular. Whether it was crankiness, weight loss or the inability to text about "Game of Thrones," I always noticed and enjoyed comparing the before-and-after differences.

Of course, fasting has been around pretty much forever, so none of it is really new. But the way it plays out in the workplace can be fascinating. That is why, when a few colleagues at different clients went on speaking fasts around the same time, I was excited and surprised to see the benefits of talking less in the workplace.

The first benefit they all noted was at first a downside: Upon returning to work, everything and everyone seemed loud. Like many people coming off a food-related fast are more sensitive to spices, herbs and delicate flavors, my colleagues felt acutely aware of the amount of talking happening around them after their speaking fast. Consequently, they were more conscious of their own words and how often they spoke.

As a result, they thought a lot more before they spoke and felt like their contributions were more genuine.

In addition to noticing their own contributions more, those who took a break from talking were also more cognizant of their introverted colleagues. As Susan Cain discusses in her TED Talk and her book "Quiet: The Power of Introverts in a World That Can't Stop Talking," there is power in solitude.

And it is extremely important and beneficial for everyone when introverts (and extroverts, for that matter) can be alone to think or let their minds wander, without the constant pressure to talk, persuade, charm and influence. The extroverts and ambiverts who took the no-talking challenge were more in-tune with their introverted colleagues, developing a new appreciation for their needs and their approach.

In addition to becoming more aware of the amount of talking we all do and the important and beneficial differences introverts, extroverts and those in between bring to the table, the fasters all also reported an improved ability to listen. They noted more patience as well as more willingness to ask questions, dive deeper and learn a little more.

The bottom line is, as Cain puts it, we all have a zone of stimulation within which we work best. To ensure you and your team are working within it, take a step back and maybe consider taking a little break from talking.

For a DIY approach to a speaking fast, Cain provides three suggestions at the end of her TED Talk. In addition, this article from Becoming Minimalist provides some simple steps to conduct your own one-day experiment with silence.