The benefits of coaching for college students with LD, ADHD 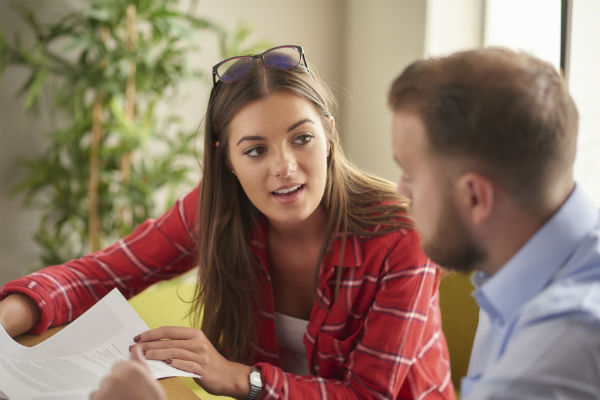 In a recent study at a large public university, researchers examined the benefits of coaching among undergraduate and graduate students with learning disabilities and/or ADHD. The students who agreed to participate in the research received two semesters of coaching. The researchers measured levels of self-determination, executive functioning and academic skills before and after the coaching intervention.

The study results showed each student improved in all three test measures. Even though the sample size was extremely small (24 students) and did not yield statistically significant quantitative outcomes, the participants who did commit to work with a coach for two semesters were not disappointed. The interviews with the students revealed rich and detailed understanding of the students and their experiences.

When asked to explain the benefits of coaching, the responses from the interviews revealed improvement in three major categories: cognition, behaviors and sense of well-being.

The students described how coaching influenced cognition through developing critical thinking skills. Meeting with a coach on a weekly basis helped the students gain the habit of self-reflection, which contributes to critically thinking when planning for the next week.

"I do like to set goals and have a game plan, but it's usually unrealistic," one student commented. "So coaching has been effective to help me refine and regulate what my goals are and, more importantly, create the action items that will help get me to my goals."

Another student explained how coaching asked him to consider alternative solutions to problems and gave him practice in thinking flexibly: "Coaching allows you some form of weekly communication. And not only does that let you know someone's thinking about you, but also it forces you to kind of think about yourself. And that's crucial when it comes to making yourself accountable to your progress."

The students' responses demonstrated how coaching impacted behaviors — the second broad category found in coaching's overall benefits. Students described enhanced ability to take productive steps toward both life and academic goals. In addition, students tell of progress in taking action to use other resources on campus.

One student described how she developed action plans to manage academics and create healthier life habits: "Stuff like organization in terms of things I need to do to take care of myself ... things that we need to do as students to be healthy and especially students with ADD."

Another student reported an improved approach to writing semester papers: "Each week, I've had to do something towards doing that paper. ... It has allowed me to think differently about how to approach projects ... I've been learning how to manage pieces of the project." Meeting weekly with a coach made it easier to plan with greater awareness of time. "It really makes me realize how valuable time is in a day. And it helps me be focused."

Finally, students recognized coaching as the help needed to utilize accommodations and additional university resources: "Coaching was the gateway that opened up to other things that also spiraled into positive changes ... what led me to the threshold for me to have access to all of these different resources."

The positive influence on students' sense of well-being was the third broad category in reference to the benefits of coaching. Students reported that they enjoyed how coaching helped them manage negative emotions and stay motivated and confident about reaching their goals.

One student related that coaching gave him the tools to regulate stress: "I'm more willing to take a deep breath and calm myself down and look at how I am going to approach it."

Another student explained that coaching helped keep her emotional state steady, which enabled her to maintain effort and improve grades: "Having someone to let me self-correct at least once a week definitely helped me change from just uncontrollably heading downward. ... [Coaching], the fact that it helped me improve so much on the core areas of my life in general, helped me become a more happy and stable person. And when you feel strong overall, I think it just helps you overcome bad moods and bad emotions better and quicker because you have a bigger framework in which you can process them."

This study shows that coaching helps students with ADHD/LD develop better executive functioning and self-determination skills needed for success in college and life. When working with coaching, the students have learned to think more critically to solve their problems. They are able to think of viable options to solve a problem and actions to take in order to change the outcome.

The process of working with a coach helped the students to do what is needed to move closer to their goals. Plus, they were better able to manage emotions that arise from daily stress and the demands of college life. When students have effective tools for stress and emotion management, it is easier for the student to keep motivated and persist.

Students who made the commitment to work with a coach found they were able to create a more structured and manageable life. They also increased their self-awareness, self-acceptance and self-advocacy skills.

Research shows that coaching helped students improve their executive functioning and self-determination skills. This in turn leads to improved academic performance. The weekly interaction with a coach contributes to the students' growth in the management of self-manage academic, social and emotional facets of their lives.

Ruth Bomar, M.Ed. is a doctoral candidate at Texas Woman's University in the Special Education Program. Her dissertation research in on the impact of online academic coaching on levels of self-determination of college students with learning disabilities. Ruth works with high school and college students as an academic coach in helping them reach their academic goals.