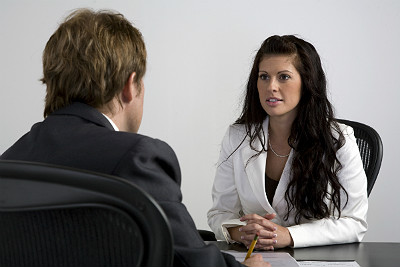 It is the one workplace occurrence that employees and their supervisors approach with the same discomfort.

Performance evaluations are intended to broaden communication between supervisors and subordinates, as well as provide direction and motivation for the worker. But we've all seen the real-life effects of the annual (or more frequent) reviews, resulting in dreadful anticipation, no matter on which level of the office hierarchy you sit.

Today's employees are routinely asked to upgrade their skills in a constantly evolving work world. Is it fair for them to be evaluated only once a year?

No one can deny that the valuable hours both parties spend crafting the evaluations and going over the results could be used to benefit the company in other ways. Therefore, when Accenture CEO Pierre Nanterme announced recently that his global professional services firm would do away with the habitual practice beginning this fall, he got attention.

Nanterme, who called the decision a "massive revolution," said the company will enact a system in which workers get feedback from their supervisors consistently after completing assignments. For a worldwide company of Accenture's size (330,000 employees), making a drastic change is akin to trying to turn a cruise ship on a dime, illustrating Nanterme's strong commitment to the philosophy.

Accenture is not alone in this move. Adobe, Microsoft and Deloitte all announced similar moves, meaning that other firms, large and small, will no doubt follow suit.

If the employee performance evaluation really is on the way out, what could take its place as a measure of results? Here are four elements that could be used to assess production.

Accenture is on to something that responsible managers have practiced for decades. Supervisors who stay connected with their reports will be better equipped to provide feedback. So why should they wait for a predetermined date on a calendar when they can apply that insight to benefit the task at hand?

In The New York Times, Josh Patrick classifies these as 15/5 reports. They can be written in 15 minutes and delivered in 5. Consider it coaching by bullet points: quick and clear.

One of the main points of annual evaluations for employees is a raise. Separating that from the discussion allows the focus to be directed toward tasks, goals and achievement, according to Kevin Lombardo, the owner of the Summit Group Partners in Colorado.

"If somebody comes into their annual review, they're not even listening to the conversation, they're waiting for the punch line at the end of the discussion for whether they're getting a promotion or not," he said.

Performance reviews should point out what employees do well and where they need improvement. Again, that's a discussion worthy of more than a once-a-year visit.

For the points where improvement is needed, the next logical step is for the company to offer training opportunities. Training in evaluation and delivery is also essential for the supervisors, so they are applying company standards consistently throughout appraisals and delivering the reviews in a constructive manner.

Another alternative is to engage workers in informal evaluations of each other. This can be as simple as asking for groups to routinely cast votes for those they believe are performing well. Co-workers are in the best position to see who's carrying the load and who's following along.