The Affordable Care Act: They gave it the wrong name 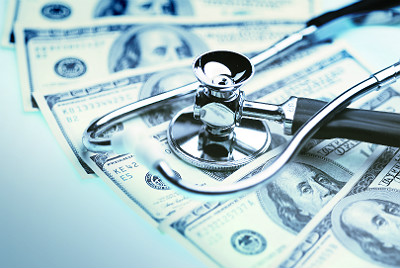 As the owner of a new plastic surgery practice in San Francisco, I'm taking on some new employees, and I want them to have health insurance. I could have purchased a group health plan, but the high rates and poor coverage seemed oxymoronic.

What I mean is that typically you would assume a plan with expensive up-front premiums would reduce your out-of-pocket expenses, i.e., lower your deductible, but the group plans I saw didn't do that. The premiums were high and so were the deductibles, opposite of what you'd expect, ergo, oxymoronic.

So I called an insurance broker at California Health Plans to check rates on individual plans. The idea was that I would have my employees discuss their insurance needs with the agent and choose the individual rather than group plan that best fit their needs. I would then help them purchase that plan. This process went relatively smoothly, but there was a catch.

The agent explained that whatever plan we chose, it would end on Dec. 31. At that point, with the implementation of the Affordable Care Act on Jan. 1, 2014, we will need to sign on again to this same plan or change plans.

The reason we'll need to "re-up" is that all of the plans — regardless of your condition or health — will go up in cost. Mostly, the extra cost will go towards subsidizing premiums for others that have pre-existing conditions.

Since pre-existing conditions can no longer be a reason to deny coverage (which of course everyone agrees with), that requires the insurance company to take on more risk of insuring those individuals. Therefore, it costs more. But rather than making those individuals pay exorbitantly more, that extra cost is spread around to everyone to help shoulder the burden (which maybe not everyone agrees with, but I do).

But here's the thing with all of our costs going up. Most Americans are thinking this major new piece of healthcare legislation, the Affordable Care Act, is going to make health insurance more affordable.

Why do most Americans think it's going to be more affordable? Picture me with my hands cupped on both sides of my mouth screaming, "because it's got the word 'affordable' in it!" And the word affordable suggests that current health insurance premiums will be less expensive, but this is not the case. Clearly, unarguably, they will be more expensive.

I'm not saying this as a right-wing Republican pundit, because I'm an independent — it says so on my voter registration card that I just filled out at the San Francisco DMV. I'm saying this as a clear fact.

And if you don't believe me, as I referenced in this article, critics and supporters alike all agree that premiums will go up. The amount they’ll go up is apparently up for debate.

The editorial board of the New York Times recently praised Obamacare based on early reports from Covered California, the California healthcare exchange. They were pleased that Blue Cross-Blue Shield would only raise premiums 13 percent. Why are they happy with a 13 percent increase? I thought premiums were supposed to go down or be more affordable.

Also, in a Forbes article, Avik Roy quotes a recent press release from Covered California that “the rates submitted to Covered California for the 2014 individual market ranged from 2 percent above to 29 percent below the 2013 average premium for small employer plans in California’s most populous regions.”

Peter Lee, the executive director of Covered California said, “this is a home run for consumers in every region of California.” But according to Roy, this is misleading. Obamacare will increase individual-market premiums by an average of 116 percent based on his analysis.

Politicians and pundits can all argue for their side or their business interests, but the average American will be shocked to find out that the Affordable Care Act will make their premiums less affordable. This point can not be argued otherwise. It's basic — more expensive translates to less affordable in most American's lexicon.

What's the answer to our healthcare quagmire? I don't know, but they probably should have started by giving the legislation a better name.

What kind of effect will the Affordable Care Act have on healthcare costs?