The addictive eye drops that kill 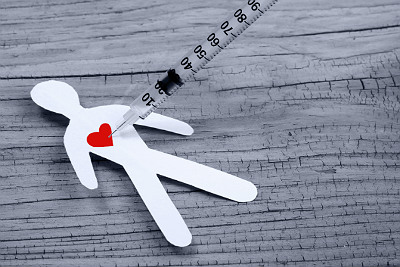 A new drug in Russia and Italy is called the "seven-monther," because that is how long it takes to kill you. Now this addictive drug is making its way to the United States.

The drug is tropicamide (trade name Mydriacyl), which is commonly used in an eye drop preparation for the dilation of the pupils during eye examinations. Mydriacyl first received approval by the Federal Drug Administration in 1960.

There is little known about the cognitive effect of tropicamide intravenously, and reports are varied. In a review of available information — including Internet blog reports by drug users — F.Saverio Bersani and colleagues reported that the drug users of tropicamide indicated the effect to be "enjoyable" and "fun," but also "horrific," "scary" and "dangerous."

There have already been reports of tropicamide abuse in the United States.

Dr. Vera Spagnolo, M.D., a post-doctoral researcher at the National Institute of Alcohol Abuse and Alcoholism Section of Clinical Assessment and Treatment Evaluation, discussed such concerns in a published report of a 22-year-old heroin-addicted woman with a two-year history of intravenous use of tropicamide. The woman had reported using the injected drug to help with the symptoms of opiate withdrawal. She also reported hallucinogenic and euphorigenic effects.

One of the earliest reports of the use of tropicamide appeared in The Independent, based in the United Kingdom, in August of 2011. The article detailed a young Russian man's death:

"The final breath rattled through Ivan Kanev's sallow, spent torso. For months he had injected eye drops called tropicamide — used medically to dilate pupils — directly into the femoral artery of his groin. The drug is known as 'seven-monther' — the amount of time it takes to kill. His body was found by his father in his Moscow apartment. The 25-year-old had died alone. ... In the months before his death, Ivan emitted a green hue, his head perpetually tilted back, his eyes were vacant, and he appeared ghoulish."

Hypodermic needles have long been associated with illicit drug use. It is ironic that the first known use of injections with needles were related to treatments of the eye.

The hypodermic needle is believed to have been invented by an Iraqi physician in the 11th century as an instrument to extract opacities from a patient's eye. Now, a drug used as a topical eye drop is being administered by hypodermic injection for a high. This is demonstrative of how complex drug addiction can be.