The 429 has a weight problem – but is Bell bothered? 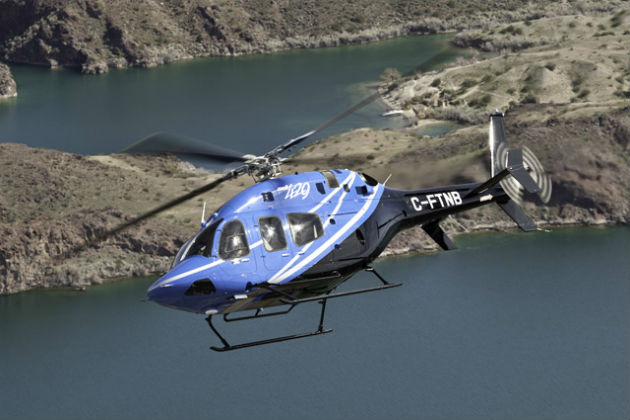 Bell's twin-engined 429 is seeing greater success than any previous light twin the Texas-based manufacturer has ever produced, already eclipsing each of the 222, 230, 427 and 430 models in sheer airframe numbers. Yet, a big divide continues to be seen in its marketplace.

The 429 was built around the FAR27 rules — a set of regulations from the FAA that provide minimum specification and performance requirements to gain certification for rotorcraft with a gross weight of up to 7,000 pounds.

Bell would like to gain approval for the same helicopter to fly at 7,500 pounds, but this requires adherence to the more stringent FAR29 rules, which apply to any aircraft over 7,000 pounds. Some of the differences between FAR27 and FAR29 are technically infeasible to install on the Bell 429. The European certification agency, EASA, has a directly parallel set of rules called JAR27 and JAR29 and the exact same issue occurs there, too.

Undaunted by this, Bell approached other authorities who had already approved the 7,000-pound 429 to see if they would reconsider and approve it at 7,500 pounda. Transport Canada was the first to approve that, not a surprise given the 429 manufacturing plant is in the province of Quebec. Various other countries followed suit, including Argentina, Thailand, Ecuador, Malaysia, India, Australia, Brazil, Mexico, New Zealand, the Philippines and Vietnam.

FAA and EASA are conspicuous by their absence from this list. Any customer operating a 429 on a U.S. "N" registration, or any of the 32 countries which are members of EASA, can only operate to 7,000-pound maximum take-off weight.

Weight is always an issue in helicopters, so an extra 500-pound useful load would clearly be welcome. But rules are rules, and every other manufacturer develops their aircraft to the same documentation, so Bell should play by the book.

To give an example of how marginal the lower weight can be, the Wiltshire Air Ambulance in the U.K. has to fuel their 429 very carefully to an agreed-upon level. They have calculated what is needed to fly to the patient (maximum 40 miles from base), on to a trauma centre and then back to base. They do not expect to run into their fuel reserve on any flight and indeed have never done so to date.

But if they get called on a second fight immediately, they are back at base and they do not have sufficient fuel for a second call-out within the required reserves. That would impact their response time, and potentially the medical outcome for the second patient.

Discussion with FAA and EASA has been ongoing for at least three years, and there does not seem to be an end in sight. It would be safer to put money on Bell never achieving the higher weight approval via FAA and EASA. Certainly the other key manufacturers, including Airbus Helicopters and AgustaWestland would have a lot to say if Bell did ever get approval. When I interviewed AgustaWestland CEO Daniele Romiti in November 2013, it was clear I had hit a raw nerve by even raising the subject.

But does Bell really care? It’s an interesting question, as the success of sales of the 429 in countries outside the U.S. and the 32 EASA countries would suggest otherwise.

Bell are currently delivering at around ship No. 250, although a number of recent examples will have gone to completion centers and have not yet reached their final customer. Analysis of the first 200 airframes finds 56 sold to the fast expanding BRIC (Brazil, Russia, India, China) countries and a further 24 in Turkey, including 15 with the national police force and a further six with the Forestry Department. None of these are subject to the weight restriction.

Bell must be smiling. They have a light twin helicopter which has already outsold each of their previous light twins — the 222, 230, 427 and 430 models, and looks likely to see production surpass the combined total of all four.

That would require the 429 to sell at least 484 units, and at the current rate they should easily achieve that total without the higher gross weight clearance in the U.S. or Europe. Given the limitations of the 7,000-pound figure to air ambulance and law enforcement operators — who always fly with plenty of role equipment — other manufacturers would be expected to benefit in the light twin markets where the 429 is restricted to the lower weight. Meanwhile, Bell will continue to actively sell the 429 elsewhere.

Jeremy Parkin grew up close to London's Heathrow Airport and has been fascinated by aviation from an early age. For the last 30 years, he has tracked the global helicopter industry in great detail, including building up a global database of every single civil and military helicopter ever built and having six directories published. Since 1999, Jeremy has concentrated on timely helicopter industry news, and the opportunities afforded by the Internet and social media. He is the owner and publisher of HeliHub.com.