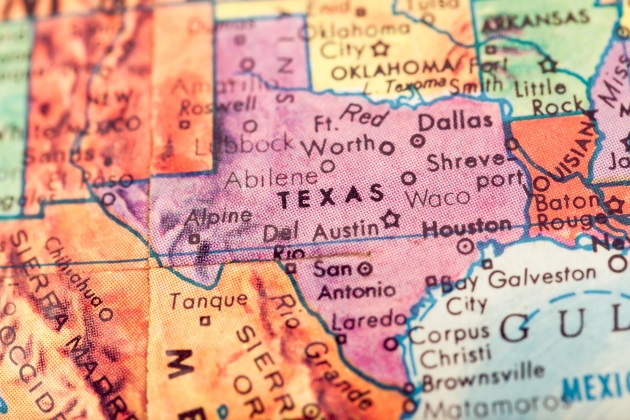 Texas is a very large state with a unique and colorful heritage. The gigantic state also offers hunters and anglers some incredibly diverse hunting and fishing opportunities. Not surprisingly, there are some especially interesting hunting and fishing stories that emerge from various parts of the state from time to time.

Today, we’ll talk about two particularly noteworthy stories involving fish and fishermen in the Dallas-Fort Worth and Houston metropolitan areas that recently made the news.

First, a man was doing a little bass fishing at Lake Arlington between Fort Worth and Dallas on Sept. 7 when he reeled in something unexpected: a rifle. The exact circumstances of the catch aren’t 100% clear, but it’s possible that he was targeting bass hanging out in deep water with something like a deep diving crank or jig.

However, instead of hooking a lunker bass that was trying to escape the heat, the man snagged a Galil ACE rifle instead. Based loosely on the Kalashnikov series of rifles, the Galil ACE has served with military and police forces all over the world, most notably in Colombia and Chile.

Though it’s not quite as heavy as the original Galil or the AK-47, the Galil ACE still weighs around 7-8 pounds, so that angler probably initially thought he’d hooked a really nice bass at first.

That initial enthusiasm likely turned to dismay when it became obvious he was reeling in an object that wasn’t fighting back before turning into confusion and possibly even apprehension when he eventually landed the rifle. The man called the Fort Worth Police Department to report his unusual catch and the police have taken possession of the rifle.

There’s no word at this time on what the rifle was doing in the lake in the first place, how long it had been there, or if the police are investigating the rifle in connection with a crime. Regardless of those details though, I think it’s pretty unlikely that this particular angler expected to reel in any type of firearm on that fishing trip.

We head down to Houston for the next story.

On Sept. 19, cameras for Houston ABC affiliate KTRK-TV captured footage of a local man stranded by high water at a Whataburger near the intersection of Cross Timbers and Interstate 45. The man was eating a burger and waiting for flooding caused by Tropical Depression Imelda to recede when he spotted a fish flopping on the I-45 feeder road a short distance away.

Multiple onlookers watched as the man, still holding the partially eaten burger in one hand, retrieved what turned out to be a four-pound largemouth bass from the subsiding flood waters. He then declared to the camera man that the bass was heading straight for his fish fryer when he got home.

When life gives you lemons, sometimes the best thing you can do is make lemonade out of them.