Terror false alarms: What have airports learned about security? 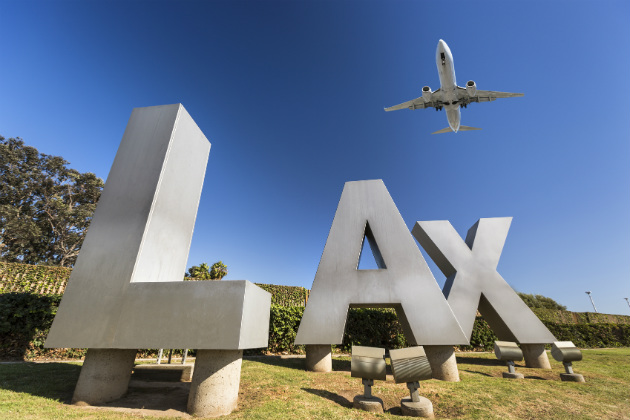 In today's hypervigilant era, terrorism fears have led to an unusual phenomenon recently in which two major airports have been evacuated following false reports of active shooters. With everyone on edge following terrorist incidents and mass shootings, how can security officials in airports ensure the anxiety of the traveling public doesn't lead to a dangerous incident of mass panic, subsequent injury and possibly even death?

It only takes a simple sentence — "Someone's been shot!" — and a room full of normally rational individuals can submit to mindless chaos at the lightning speed of fear.

That was the case Aug. 14, when two false alarms of a gunman rang out in Terminal 1 at Kennedy International Airport, causing a human stampede. People rushed to the tarmac, some even hiding under a parked jet.

Once it was established that there was no shooter and no one was hurt, officials felt they could use the rare incident as a learning experience, breaking down the airport's response processes and zeroing in on what worked and what didn't.

The only problem was, this wouldn't be a rare incident.

Exactly two weeks later, on the other side of the country, it happened all over again at Los Angeles International Airport in almost the exact same way: False alarm leads to panic and a frantic reaction of a few, which finally ends in mass chaos.

It's a dangerous combination, especially for densely populated transportation hubs such as airports and train stations.

According to Los Angeles Mayor Eric Garcetti in an interview with radio station KNX-AM (1070), it is not odd for miscommunication and confusion to lead to mass chaos and panic.

"It's almost like a game of telephone, by the time people were hearing things, I think they heard it was an active shooter," Garcetti said. "That's when chaos can break out. ... It wasn't really the technology, it was just ... one person yelling out to another and yelling to another."

In the still ominous shadow of the recent shootings in Brussels, Belgium, and Istanbul, Turkey, the traveling public can be understandably on edge.

If there's one thing the two false-alarm incidents prove, it's the dangerous and hard-to-corral nature of mass panic. This can be made even more difficult if large transportation hubs have spotty and disjointed communication between security ranks as well as the public itself.

Mostly due to the fact that both situations ended amicably, airport and city officials chose to use both instances as learning experiences to uncover just where the crisis-response procedures in the airports were strong and where they folded.

To be clear, these departments do not police the airports in their entirety, rather they share responsibilities with local police and airport security when backup is necessary.

According to The New York Times:

"Day-to-day policing falls to the Port Authority Police Department, a force of some 1,800 officers assigned to airports, bridges, tunnels, ports and several other transportation facilities.

"However, that department does not take responsibility for policing the entire airport. The flow of traffic dropping off and picking up passengers at the terminals — essentially the front line of security — is the responsibility of the airlines, which employ private security guards for the job. The New York Police Department responds to calls to assist the Port Authority police at Kennedy, and is not the first-responder agency.

"There is also a National Guard presence there, along with TSA officers and agents with the United States Customs and Border Protection. But the Port Authority officers assigned to the airport — a number that is upward of 400, a former police officer who was assigned there said — can seem few and far between. On a typical shift, there are only one or two officers on patrol in a terminal, a huge, cavernous area, he said. He spoke on the condition of anonymity to discuss the size of the police presence candidly."

It’s these different layers of security, often times operating separately from each other, where miscommunication can occur. It is therefore important for airport officials to lay out and practice communication and response drills.

It is also worth noting that in this new age of social media, lack of real information only serves to create a vacuum that allows members of the public to fill in the blanks with misinformation. As a result, it is just as important for airport security officials to communicate with passengers, as well as among themselves.

If airport officials aren't prepared for these types of situations and allow chaos to ensue and develop unabated, the general public may compound the problem by spreading rumors and half-truths over the internet.

With so many different agencies working in concert to keep travelers safe, training is key. This was another weakness that was uncovered once the Kennedy shooter scare was investigated.

According to the New York Daily News, interviews with airport contract workers "suggest that the first line of defense against a potential airport emergency is woefully unprepared. ... The workers — a mix of security guards, terminal cleaners and baggage handlers — say they've received zero training in the event of a terror attack or any other outbreak of violence."

Conversely, security officials at LAX seemed to handle their incident better, thanks to upgrades in technology that were made following an actual fatal airport shooting in 2013. A recently released report investigating the false alarm found the procedures put in place following the LAX shooting three years ago have helped "dramatically" improve law enforcement’s response to incidents of mass panic.

"Preparation and training have been a key focus for emergency-response personnel and other airport stakeholders since the Nov. 1, 2013, Terminal 3 active-shooter incident at LAX," noted LAWA Chief Executive Officer Deborah Flint in response to the report.

What were some of the things that officials at LAX did differently than they have in the past, as well as when compared to their East Coast counterparts?

First, Flint said law enforcement agencies on both the local and federal level, as well as other airport security officials, created a "unified command" center that regularly talked back and forth with the airport's operations center.

Secondly, the lines of communication were open to the public as well. According to the report, The Los Angeles City's Wireless Emergency Alert system transmitted public-safety announcements to all smartphones within a five-mile radius of the airport. Changeable signage on the streets constantly fed motorists and those headed into airport updated information on the situation.

Thanks to these efforts, the report found that:

With proper preparation and training, chaos doesn't have to reign in the unlikely event that false alarms at airports occur.