Teens and noise-induced hearing loss: Educating to a growing problem 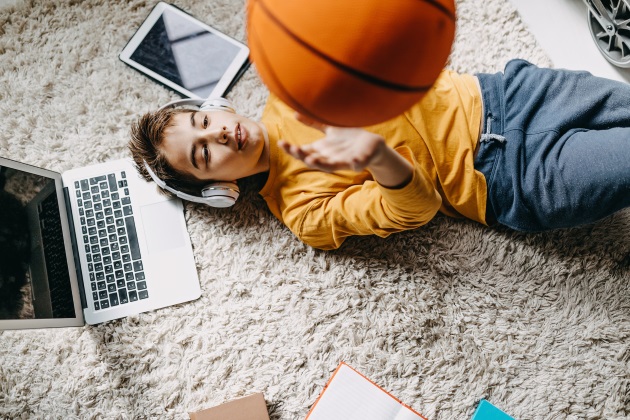 As adults, how many of us take the edge off a long rush hour commute by blasting music in the car? Or motivate ourselves at the gym or while working around the house by listening to tunes on our personal stereo system?

The attraction to loud music is of increasing concern to audiologists, who are seeing more cases of hearing loss linked to noise at younger ages.

Nearly 17% of 12-19-year-olds in the U.S. have documented evidence of elevated hearing thresholds — in other words, hearing loss — directly attributed to noise exposure. More than 5 million young adults suffer from some sort of hearing loss that frequently comes from prolonged exposure to loud music or some other type of loud noise, reports the Centers for Disease Control.

Nearly half of 500 youth between 13 and 19 who participated in a nationwide survey in 2014 already noted ringing, roaring, buzzing or pain in their ears after listening to excessively loud music or using tools with no hearing protection, according to an article in the Hearing Review.

In his paper, "The unexamined rewards for excessive loudness," Barry Blesser, Ph.D., explores the function loud music serves and why — along with teens who listen to too-loud music in their earbuds — people who depend on their hearing for their livelihood still don’t protect their hearing. He argues that this human tendency doesn’t arise from ignorance of the consequences, isn’t the result of people being manipulated for commercial profits, nor is a temporary fad.

Findings of the 2014 study support Blesser’s premise that that teens are aware of the risks, yet still choose not to protect their hearing. A whopping 88% of the teens surveyed admitted to participating in risky activities they know could damage their hearing — listening to loud music was the most common.

Blesser’s discoveries shed light on the incentive that may drive teens to neglect reason when it comes to loud music. Not only does loud music transport the listener to another dimension, it has been shown to activate the same brain regions that are associated with euphoria drugs, such as cocaine. Additionally, there is evidence that loud music elevates endorphins connected with pleasure centers in the brain.

"While much of the evidence is inferential and speculative, there is no question that loud music is complex stimuli that, under certain conditions, can significantly change the mind body state,” he writes. "Simply put, loud music is more stimulating than soft music."

Opening dialogue on the social and emotional rewards of loud music

In light of the strong hold loud music has on teens, how do educators influence adolescents to care for their hearing?

Opening up an empathetic discussion that not only outlines the dangers but acknowledges the rewards of loudness is a suggestion Blesser says could work well as a high school class activity.

Excellent background information for discussion includes recent research on the attitude of youth toward musical event sound levels and more strict noise regulations, and a 2017 study, "Why do people like loud sound?"

Such an open dialogue can to help teens negotiate between the rewards and costs of loud music, leading to contemplate Blesser’s concluding question, "If loudness produces immediate social and emotional rewards, are there less damaging alternatives that produce the equivalent rewards?"

Encouraging younger children to care for their hearing

For audiologist Jennifer Phelan, initiating education about noise-induced hearing loss when children are still young is key. That way, before hitting adolescence, they are already developing good listening habits that will sustain them.

"We expose kids to this information when they are young so hopefully when they are older and out making their own decisions, they’ll make good ones knowing their choices will impact them down the line," says Phelan.

She highly recommends the group Dangerous Decibels, which provides extensive resources for teachers as well as training. Trademarked to Dangerous Decibels is a fashion mannequin named Jolene who doubles as a sound level meter to help young people determine if their personal stereos are up too loud.

Relatable activities that illustrate the abstract concept of sound in a concrete way make the program stand out and so effective. The program which is aimed at third- and fourth-graders can be adapted to younger children and adults.

Three ways to protect your hearing — at any age

Through Dangerous Decibels, educators and audiologists are not only raising awareness of the inherent danger of loud sounds, but helping kids answer the question: "What can I do about it?"

Crux to the program are three things young people — and everyone else can do to protect their hearing.

First, turn it down. If you can control the sound

If you aren’t in control of the sound, move away. Every time you double your distance from the sound, the decibel level of a sound will decrease by 6 dB, according to information on the site. "For instance, if you stand 10 feet from a sound source and experience a 90 dB reading, at 20 feet you would experience an 84 dB reading in the absence of echo."

Finally, if the other two aren’t options — protect your ears. For example, if you’re at a concert that you paid a pretty penny to attend and you can’t move to a quieter place, then put earplugs in. To make it easier, Dangerous Decibels provides an instructional video on how to fit earplugs properly.

"We can’t tell people not to go to concerts and sporting events. These events are enjoyable and there’s evidence that the sound at these events causes endorphins, so people will continue to go. We just let people know they have the ability to do something to prevent damage," she explains.